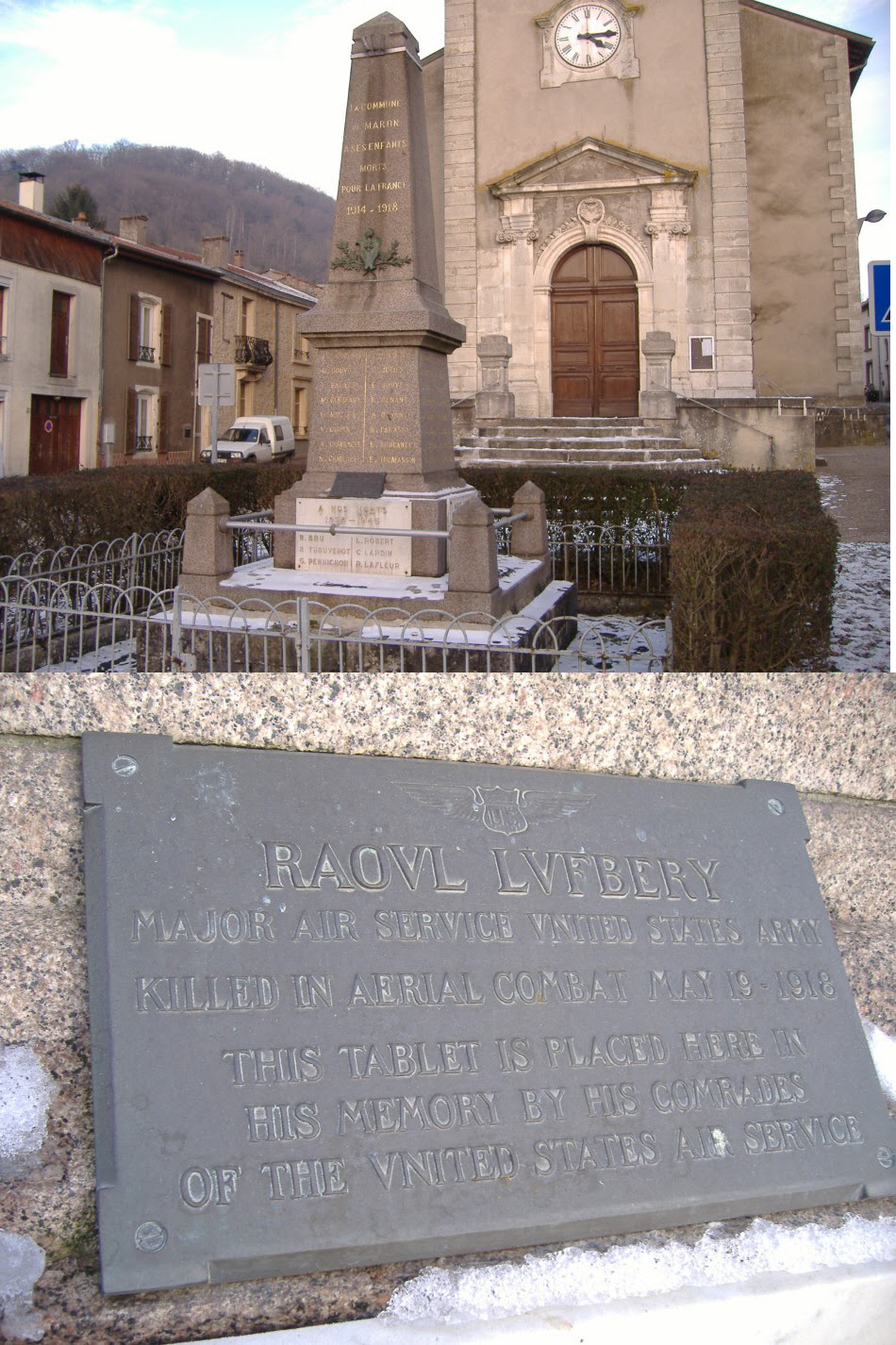 Thanks to reader ML who has uncovered the location of the Raoul Lufbery crash site marker we asked about a few days ago. Above are two images from the French language discussion board where ML discovered them. The marker has been relocated from the crash site to the nearby WWI monument of the village of Maron, which is located midway between Toul and Nancy on the Moselle River.

Here are ML's original comments: The plaque is now affixed to the monument aux morts in Maron, which, according to one source, is 200 meters from where Lufbery fell. There are more photos here: