[Edward Tinkham's contribution as an ambulance driver with the American Field Service was covered in Part I, which we presented on 27 September 2014. (Link)]

Edward Tinkham returned to Cornell University in December 1916 after completing nine months as an AFS ambulance driver in France, mostly at Verdun. His plan was to complete his BS degree in forestry, for which he lacked only one semester. However, he soon felt compelled to return to the war. He had gained prominence on the campus as a result of his service, and although described in the AFS Memorial Volume "Friends of France" as "gave the impression of being younger than he was", he was clearly a leader, singlehandedly undertaking the recruiting  of an all-Cornell section for the AFS. He convinced influential faculty to organize the Cornell Committee for the Field Service to raise funds.

Although the AFS was mostly using the half-ton Ford Model T ambulances, the old veteran Tinkham wanted to get more robust vehicles. He set his sights on Pierce Arrow 2-ton trucks, which cost nearly four times as much as the Fords. Tinkham recruited over 100 Cornellians, mostly students (including Tinkham’s brother Clifford, a Princeton student), and the committee collected donations in excess of $100,000. Once the ball was rolling, Pierce Arrow, a Buffalo company, stepped up and made available its brand-new R-5 five-ton trucks.

The men of the unit voted Tinkham to be their "captain", which was unofficial. On 14 April 1917 the first 32 men of the section, including Tinkham, left for France on the French liner Rochambeau, with most of their trucks in the hold. While at sea they had their first taste of war when a U-boat fired a torpedo at the ship, narrowly missing, and then surfaced to briefly exchange gunfire with the ship. When they arrived in France, there was a turn of events: the French High Command asked the AFS to consider diverting some of their units to ordnance hauling. James L. Rothwell, Cornell ’18, was one of the 32, and he wrote to Jervis Langdon, a member of the Cornell Committee who coincidentally was Mark Twain’s nephew:

In the last big battle the French experienced very great difficulty in transporting munitions. There was a deficit of men to drive the trucks, so serious that the army staff has requested that the AFS convert men from ambulance to heavy transport drivers. They say that they need the latter much more at the present time, being 7,000 men short.

The officials have asked that a unit of 60 men be organized at once. (A. Piatt) Andrew, head of our field ambulance service in France, has put the subject before the Cornell men now in Paris asking that they form the nucleus of the first American unit of this sort.

Tinkham, who raised the first Cornell ambulance unit, is going to convert the unit for which he worked so hard into this new transport service. Nearly every Cornell man is going into it. You can see that I’m confronted with questions. In spite of the fact that our standing as Americans and American AFS men remains the exactly the same, there is a change in the nature of the service. France asks us to enter the new service…It would be a great relief for me if I could personally explain the proposed change to the men who gave me money to come over here.

But I must use my own judgment. I believe that you and the other Cornell men at home would endorse my action in getting into the transport service. I place great reliance on Tinkham’s judgment.

Before we go on, it should be mentioned that the AFS had established its Camion Service more than a year earlier, but these sections had not hauled lethal cargo.

Rothwell says that Tinkham was apparently resolute about becoming a combatant, and since he had insisted on getting the heavy trucks, we can only wonder if Tinkham anticipated this development. And the immature Tinkham sure sounds forceful in this account. The next day Rothwell wrote again to Langdon:

After the best of my judgment and that of those who I feel are best fitted to give advice, I have decided to enter the new transport section. We will be the first armed Americans to enter the “Great War” with the exception of some aviators.

I sincerely hope that in case you do not favor my action, you will refrain from too severe a criticism until I can get home and explain comprehensively the turn which may mean so much to me. Had I followed my personal desires I would have refused to leave the ambulance service. But after…seeing the tremendous sacrifice going on about me…I feel that any sacrifice of personal desires that I may make is infinitely trivial. 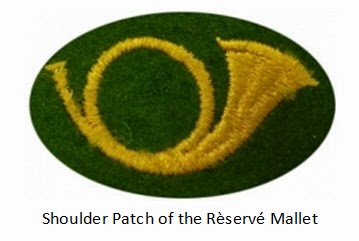 At this point the Cornell Section, now designated by the AFS as TMU 526, had 45 men in France (with subsequent arrivals the unit strength rose to 78 by May 26). All but two men agreed to haul ordnance, which being inconsistent with the mission of the AFS, made it necessary for the embassy to swear them into the service of the United States, before they left to join the Rèservé Mallet (a French formation) at Dommiers. “Captain” Tinkham was named commandant adjutant. For the next four months they served under French command, hauling ordnance, supplies, and soldiers from the railheads on the Soissons-Fismes road to the Chemin des Dames front.

The re-characterization of TMU 526 became big news in the U.S. partly through the work of the French, who issued a Grand Army Headquarters communique on 24 May, which won’t be reproduced here due to length, but the U.S. press took notice. On 26 May, the New York Herald ran the banner headline CORNELL BOYS FIRST AT FRONT WITH STARS AND STRIPES, while the New York World headline included CORNELL UNIT CARRIES OLD GLORY TO AISNE BATTLE LINE, but the quote below is from the New York Times of 25:

The United States, as distinguished from individual American citizens, commenced today their active participation in the war. On the French front the Starry Banner has long been seen flying from ambulances, admirably equipped and gallantly served within the zone of fire by ever-growing bands of young volunteers and at the rear by some of the most skilled doctors of the New World. Now a larger national effort commences. It was a small but good and characteristic beginning – the first convoy of the American motor transport service, consisting of five-ton wagons of the best type driven by khaki-clad (note: AFS sources say that they wore French uniforms) youths, most of whom were undergraduates of Cornell University. They left their base camp yesterday under Captain Tinkham, who won the French war cross for his work with the Verdun ambulances, and today they are in full operation on the front.

One can suspect that the AFS and maybe the Red Cross had some input into this report.

In a few months, the story of Edward Tinkham would take yet another turn, as the irregular way in which TMU 526 became an American unit would become an issue later on.

There are no statistics for TMU 526, but the Rèservé Mallet hauled nearly 25,000 metric tons of ammunition, about 6 million shells, and over 180,000 soldiers. On one occasion 66,000 French soldiers were hauled in a 72-hour period, and in 1918 FT-17 tanks were hauled, which at 7.2 tons were way over the recommended capacity of the trucks.

Edward Tinkham's story will continue on Roads to the Great War.