This statement from North Carolina's Great War Project can apply to every state in the Union:

It has been argued that World War I created the modern world by undermining European aristocracy, shifting national borders, industrializing warfare and expanding the public realm of women. The war also changed North Carolinians. North Carolina emerged from this first global conflict less rural, more worldly and better equipped to serve the nation through industry, military installations and shipbuilding enterprises at our ports.

Although the United States did not formally enter the war until 1917, the first Tar Heels left North Carolina to join the French Foreign Legion 100 years ago in August 1914. However, once the United States declared war against Germany in April 1917, North Carolinians supported the war effort and rallied behind President Woodrow Wilson when he said that America was fighting for democracy in what would be called “a war to end all wars.”

North Carolina is on board for the WWI Centennial commemoration and has provided a model for other states for recalling the experience and changes they experienced from 1914–1918. At the project website (link at the bottom of the page) the days of the war are recollected in a number of ways. Personal accounts of North Carolinians who served in the war can be shared. Information already available includes photos, illustrations, maps, a virtual history library of the battles "Over There", and the experiences "Over Here".

From the North Carolina Project's Resources: 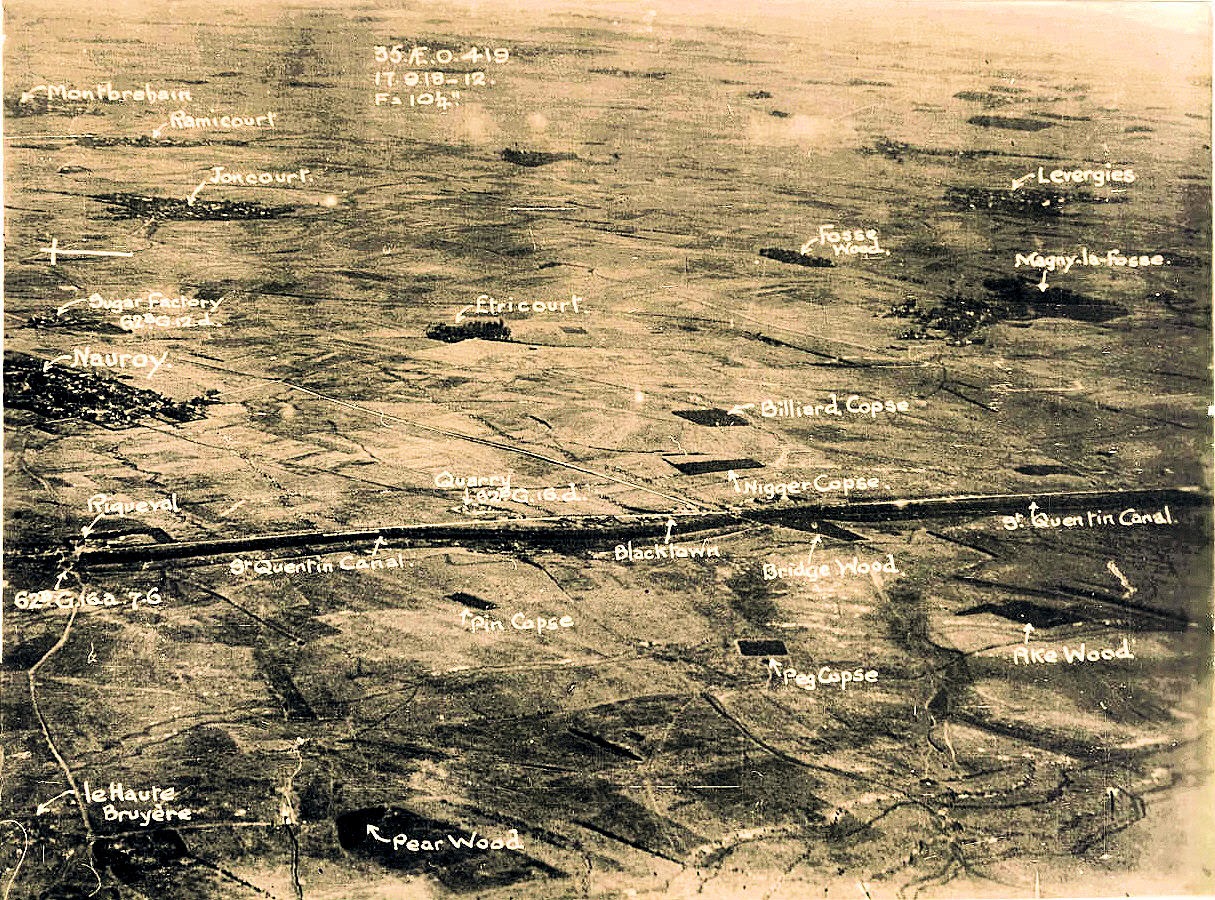 Aerial Photograph of the Section of the St. Quentin Canal Captured by
the 30th Division in September 1918
(National Guardsmen from North Carolina Were Assigned to This Division) 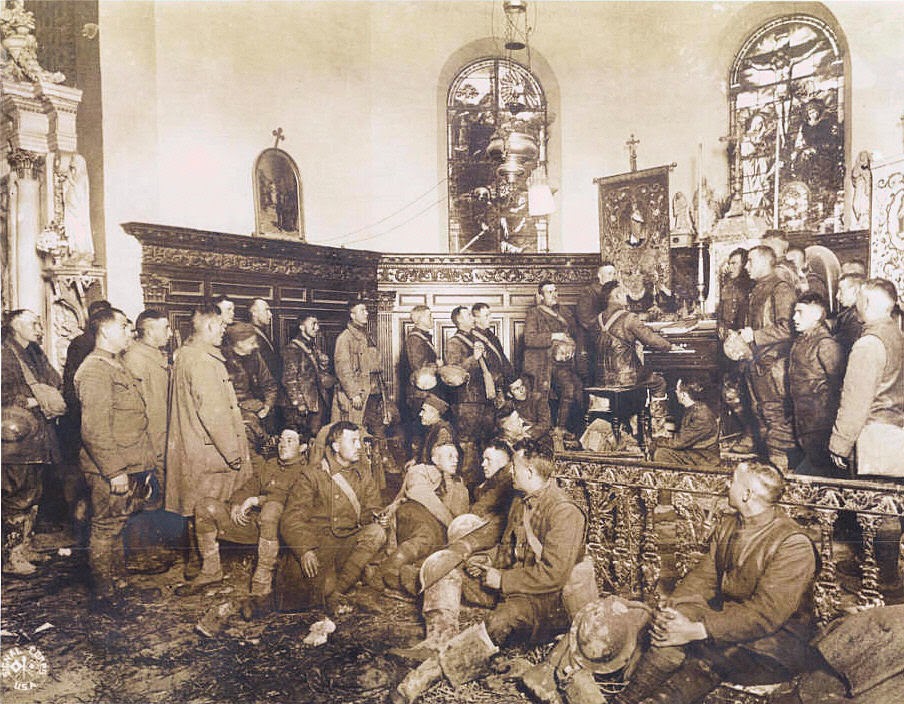 No food, no rest, no sleep, men wounded, dead, gas, machine guns, rockets, a continuous barrage, shrapnel, the roar of thousands of cannon. There is no use — I cannot express it. At eleven o'clock the cannons quit — gradually the machine guns and rifles ceased firing. All knew the war was over. Why or how we did not know. The calm was too much — exhausted men fell where they were and broke.