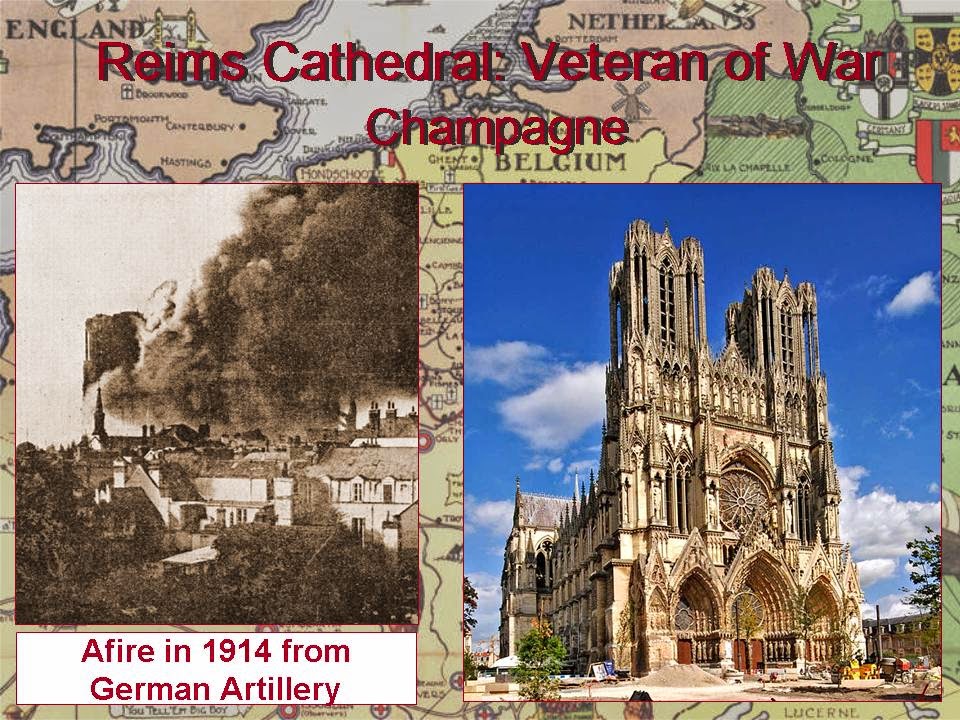 The German Army held Reims for about a week in September 1914, before retreating north to the surrounding hills after the Battle of the Marne.  They had a fixation on the Cathedral and were determined to eliminate it as an observation post. They periodically shelled the city over the 4 years the war lasted and Reims became one of cities in northern France that was destroyed during the War. During this time the cathedral received over 300 direct artillery hits. On one occasion (photo above) scaffolding in place on the north tower caught fire. The fire spread to the whole structure. Lead from the roof melted and flowed through the the gargoyles, destroying the residence of the Archbishop. Reims Cathedral became an international symbol of German brutality. After the Spring of 1915, the international outrage led the the German Army to halt its regular targeting of the Cathedral, but random impacts still occurred, especially when fighting intensified in the local area.

Twenty years were necessary for the chief architect Henri Deneux to partially restore the cathedral to its former splendor Excluding Versailles, it was the largest restoration site in progress during the years between the two World Wars. Damage from the war can still be seen on the exterior of the Cathedral, and many of the medieval stained glass windows have never been replaced, although artists like Marc Chagall have contributed some notable replacements.  The restoration continues in the 21st century.