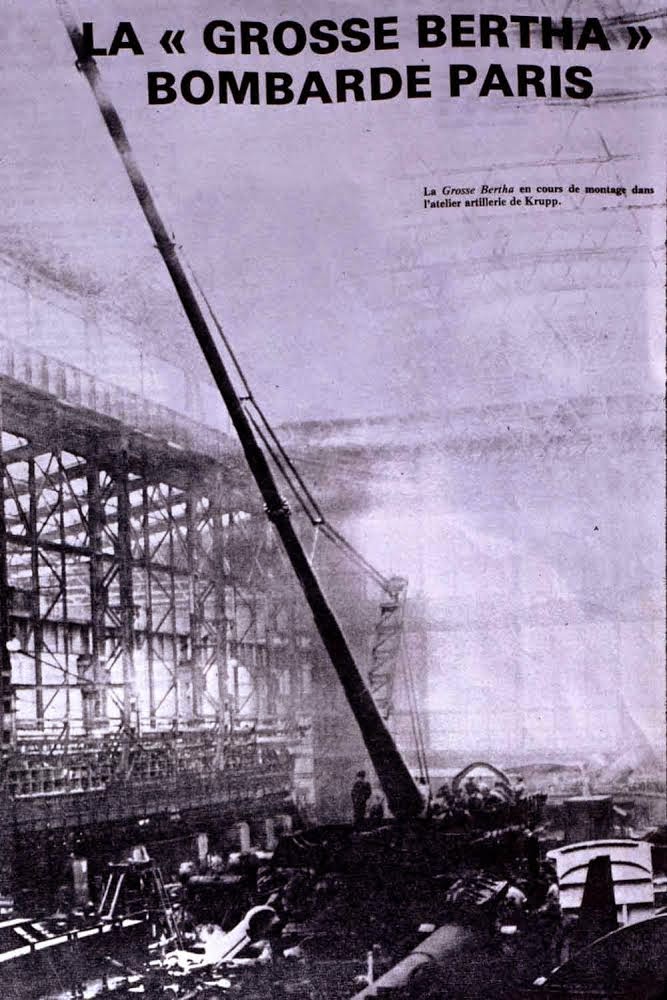 The Paris Gun of World War I (called by the Germans the Kaiser Wilhelm Gun and — as shown above — often incorrectly termed Lange Max or Big Bertha, two completely different guns) was  34 meters long and weighed 125 tons. Its 180kg powder charge could hurl a 120kg shell with 7kg of explosive to a range of 131km (81 miles). During the 170-second trajectory the shell reached a maximum altitude at the edge of space — 40 km. This was the highest altitude attained by a man-made object until the first successful V-2 flight test on 3 October 1942.


Seven 21cm guns were made, using bored-out 38cm naval guns fitted with special 40m-long inserted barrels. After 65 shots the barrels were removed and re-bored to 24cm caliber. At the end of the war one spare mounting was captured by American troops near Chateau-Thierry, but no gun was ever found. 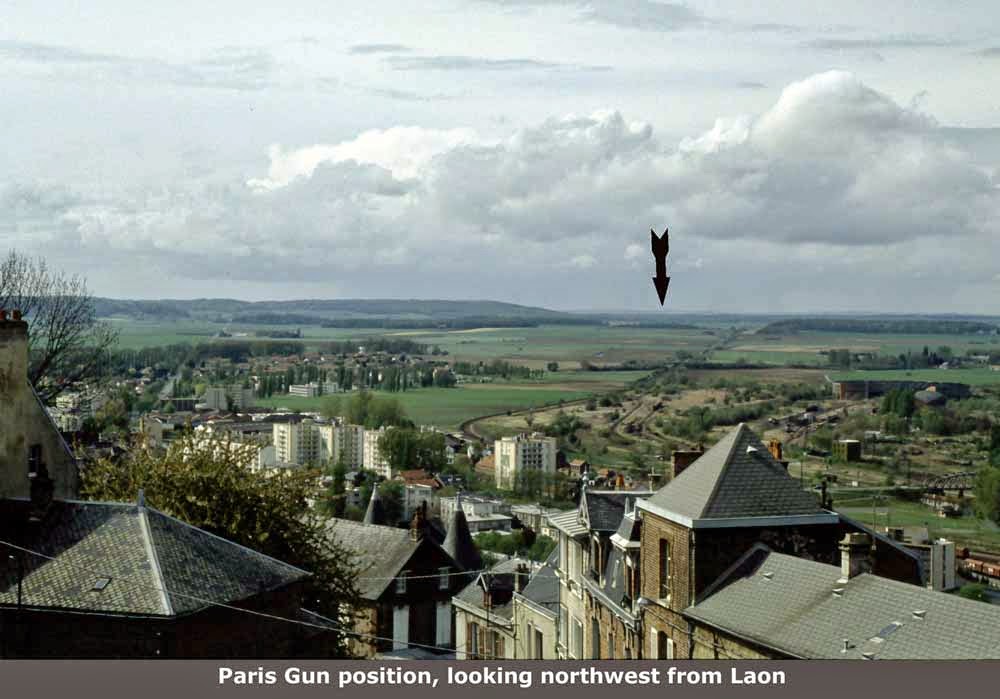 From March through August of 1918, three of the guns shot 351 shells at Paris from the woods of Crepy, killing 256 and wounding 620. As a military weapon the gun was a failure — the payload was miniscule, the barrel needed replacement after 65 shots, and the accuracy was only good enough for city-sized targets. But as a psychological tool it was remembered when the V-weapons were being developed two decades later.