Asked what food typified the Western Front, most students would come up with bully beef or Maconochie's stew. Here is the antithesis of that — the luxury of a Fortnum & Mason hamper, of varying items and quantities, available to be sent to "officers". Presumably the price alone precluded other ranks from ordering these, let alone the social exclusion. Bear in mind that many officers were but of the temporary sort, not necessarily monied as in the traditional prewar days. We show below excerpts of the Fortnum's 1914 catalog, primarily for Christmas — 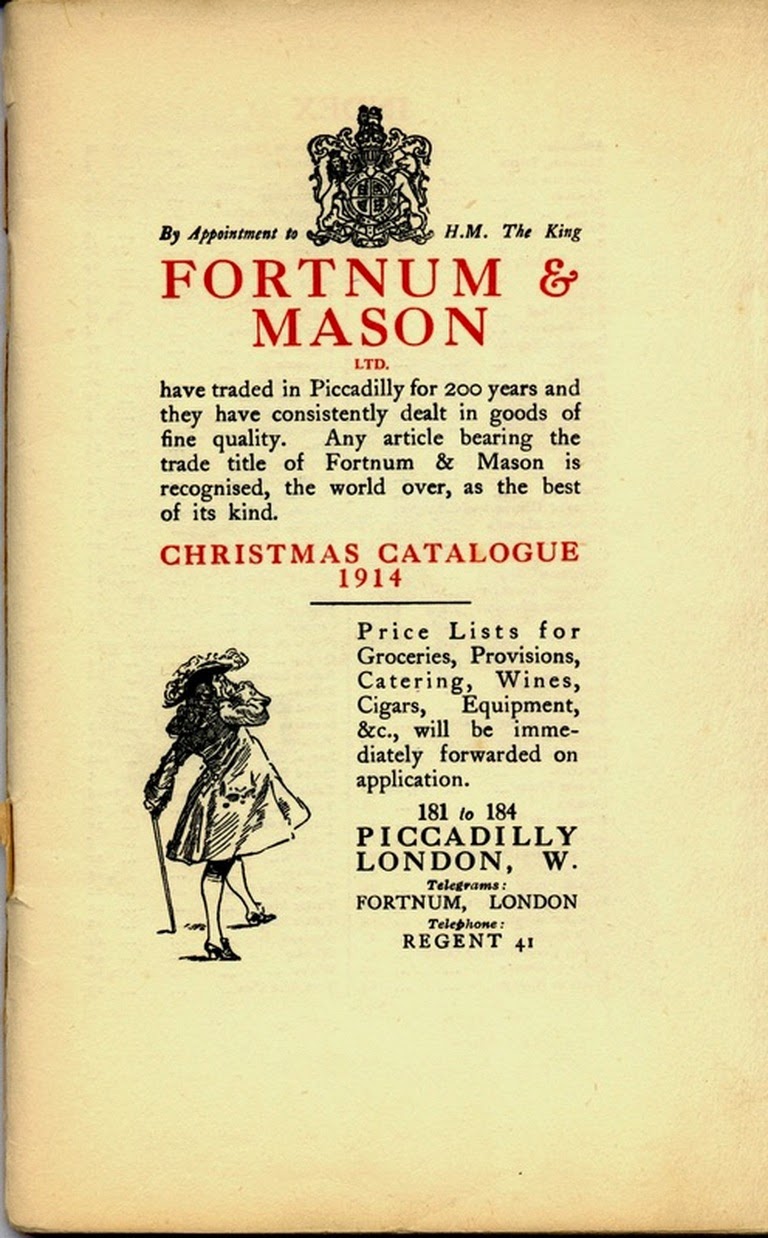 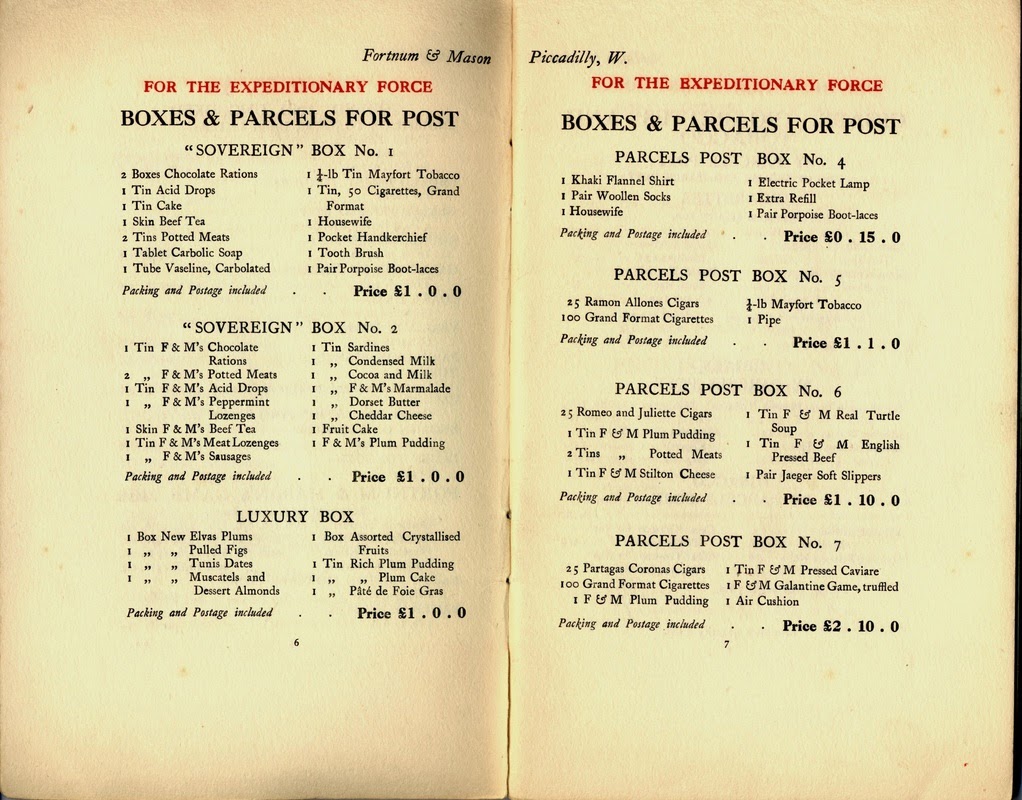 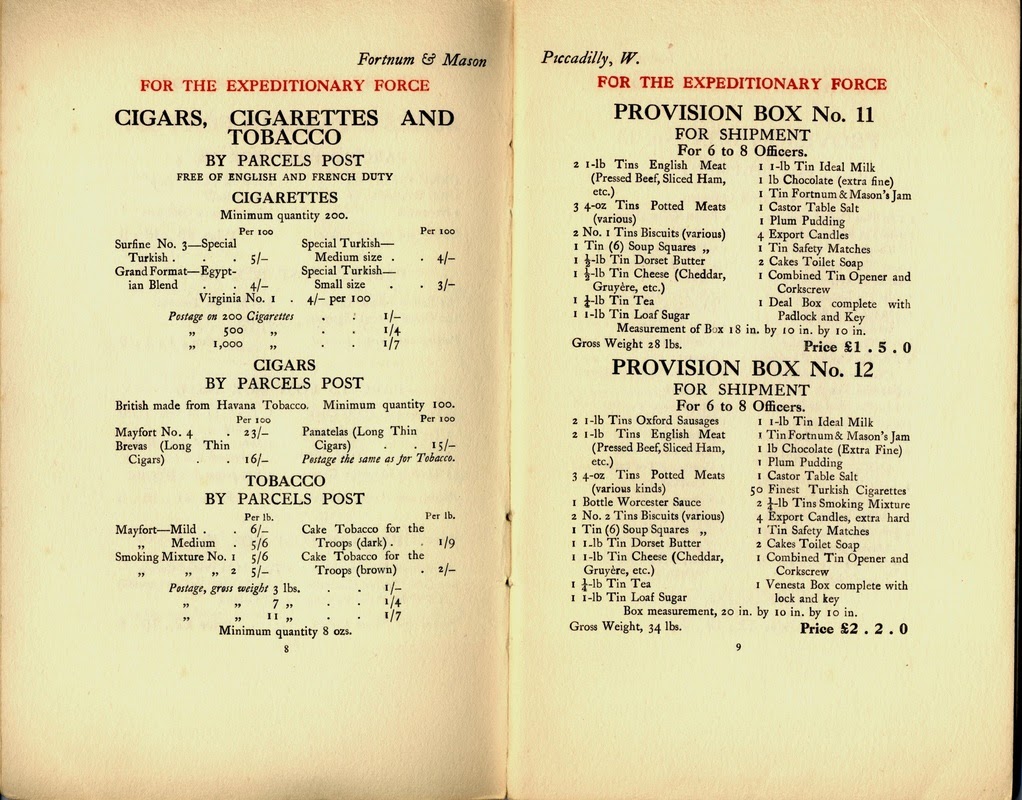 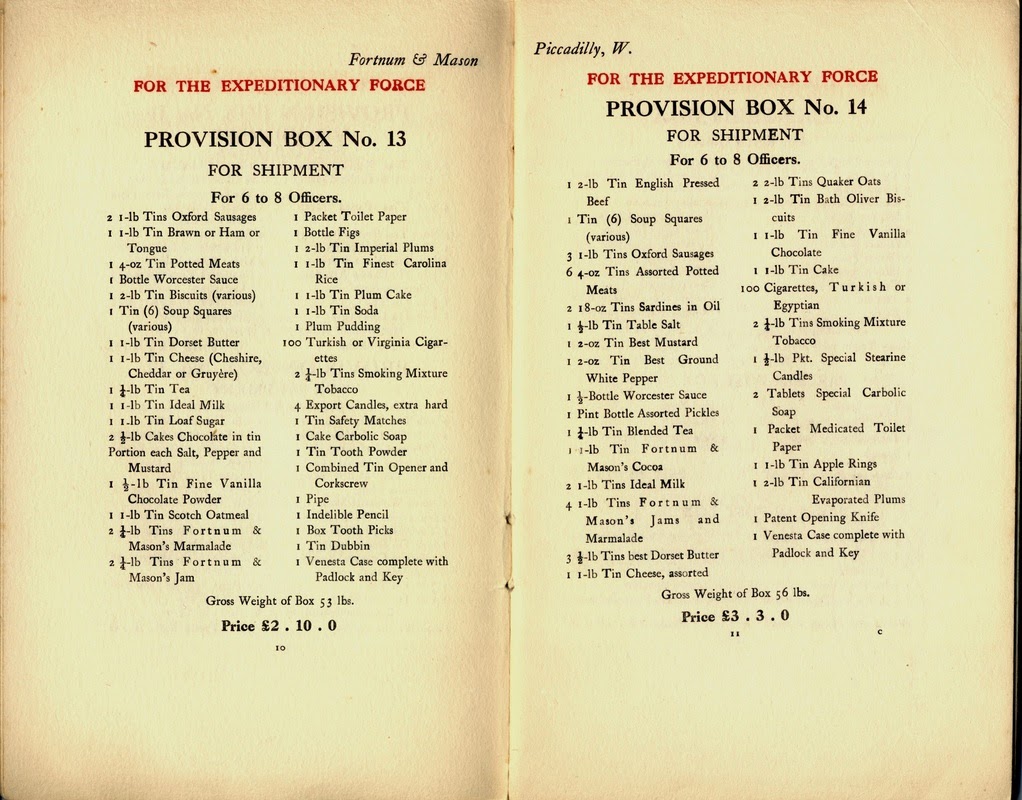 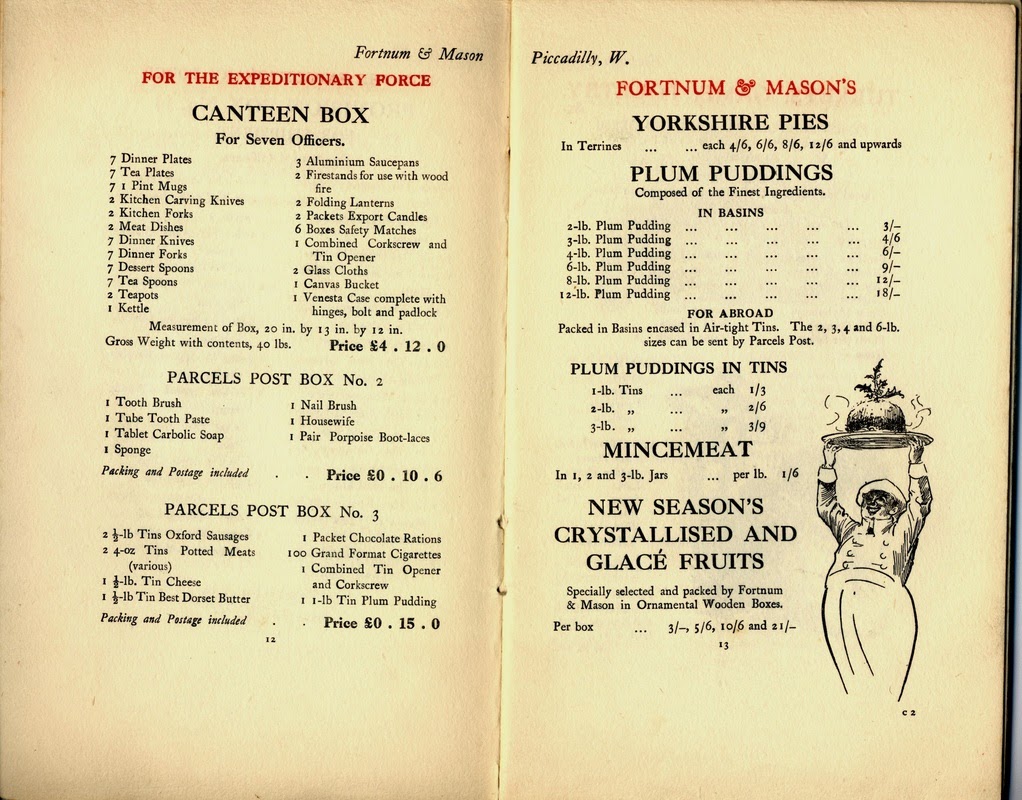 The 1915 catalog (note the black/white, much sparer look) expanded to include other necessities for frontline existence, including a "Mediterranean" version, presumably for those in the vortex of Gallipoli. Perishables and breakables were kept out of these hampers as much as possible. And by hamper we really mean boxes and crates, since the lovely classic wicker hamper from Fortnum's could hardly stand the ravages of wartime transport and storage. Those boxes were useful empty as well. 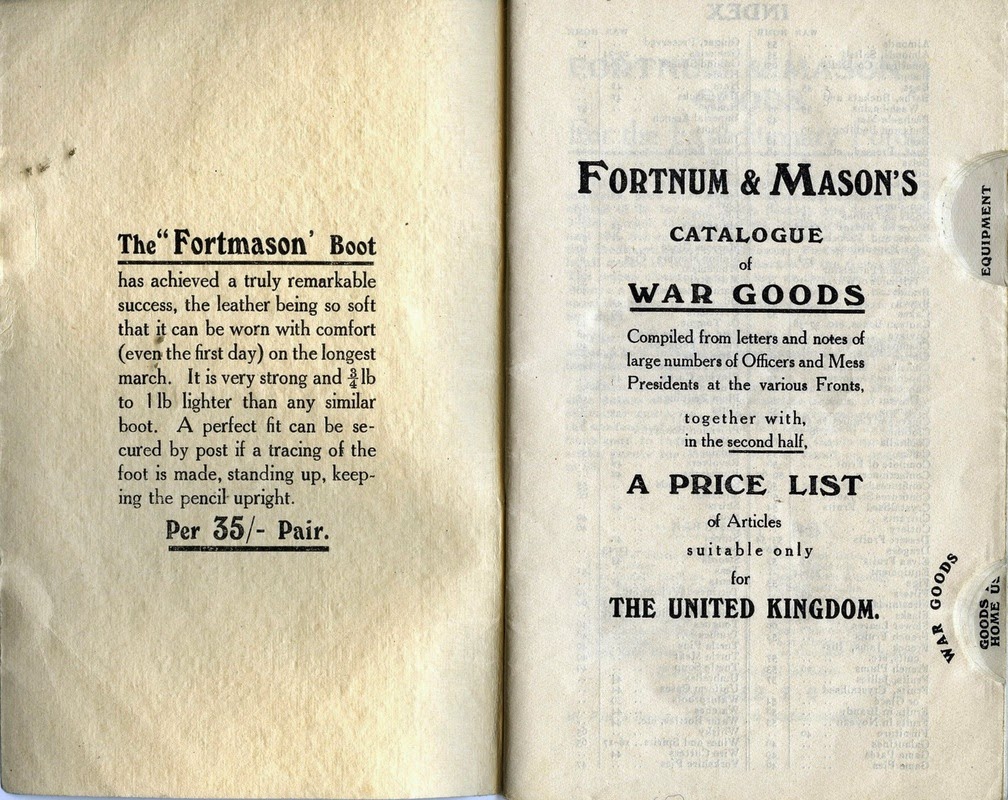 Included here are parcels of the month, all labeled "January", February", etc. through December. And in another sad new tangent of the war, there is a section of parcels to send to POWs. How many of these actually made it through to their recipients can only be surmised — 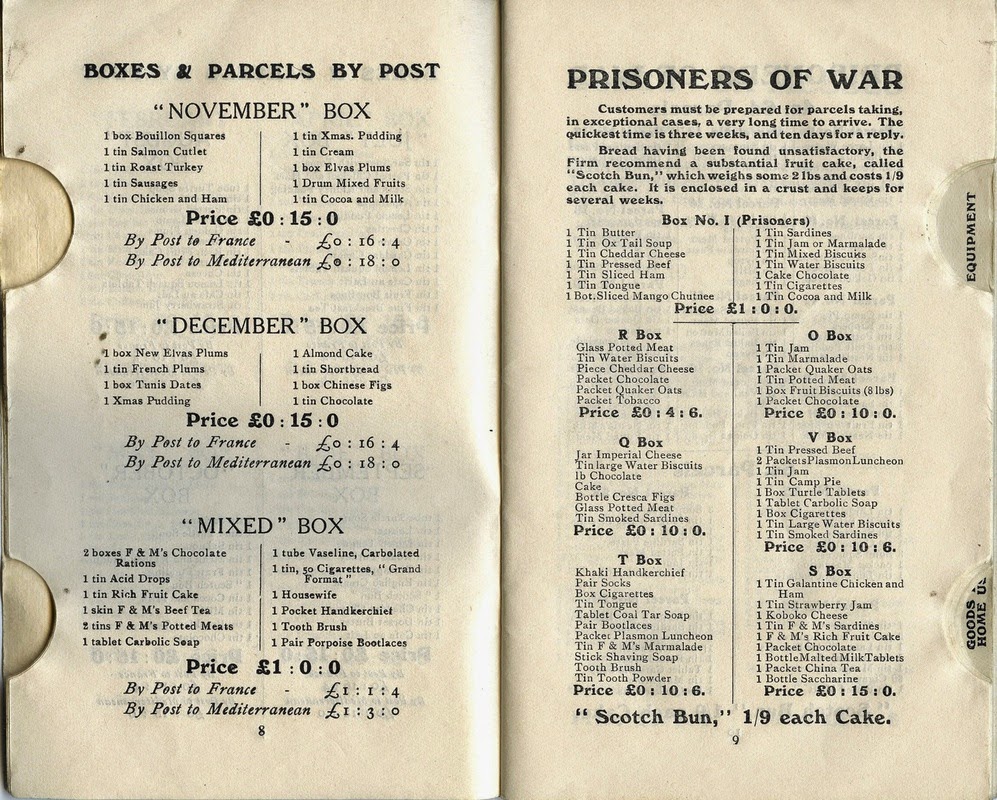 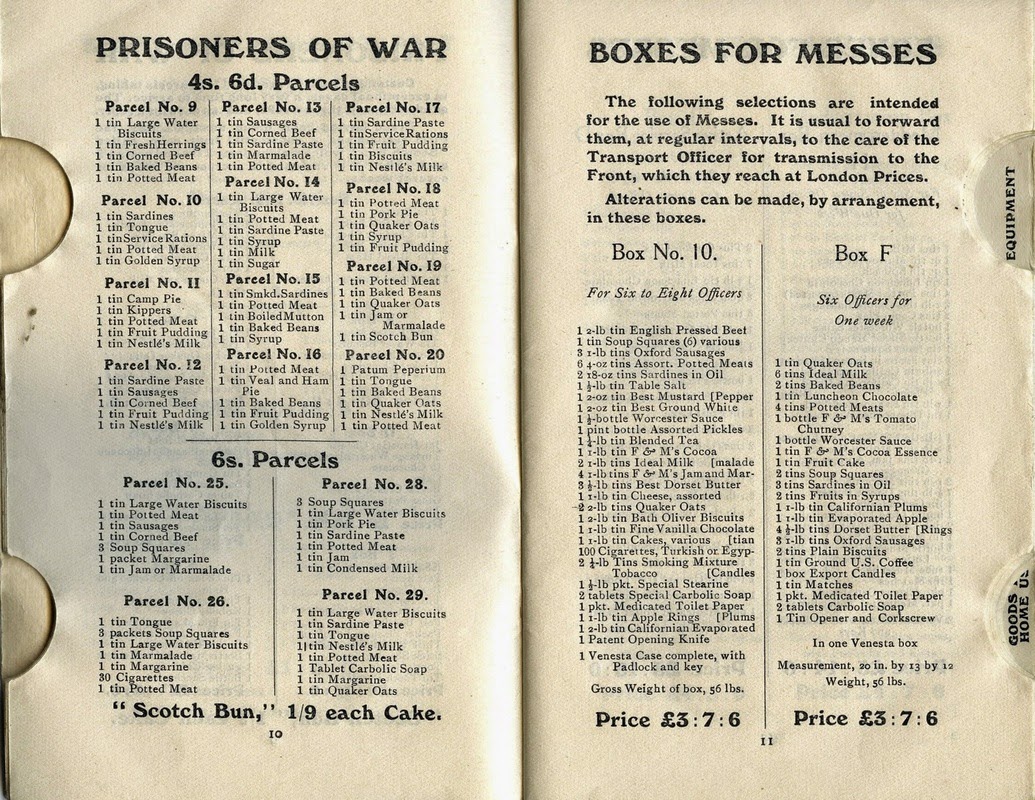 After 1915 it is hard to image these abundant catalogs being made use of, or even available, given the escalating lack of food in Britain with the increased U-boat war sinking much-needed imported food. And with official rationing instituted in 1918, this prewar approach to sending treats to the front must have fallen away altogether.

To read through more of these catalog pages and find other Great War historical gems please go to http://www.tommy1418.com/officers.html. The site owner Ian Houghton graciously gave permission for these to be excerpted. I had not seen his site before, but I recommend it.