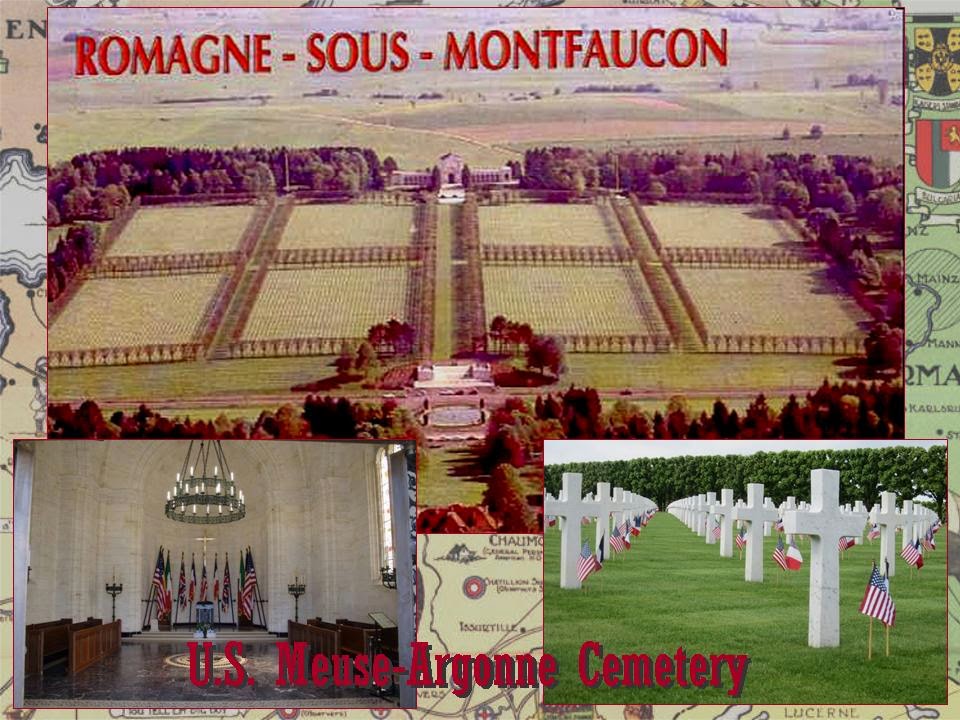 From the American Battle Monuments Commission

Within the Meuse-Argonne American Cemetery and Memorial in France, which covers 130.5 acres, rest the largest number of America's military dead in Europe, a total of 14,246. Most of those buried here lost their lives during the Meuse-Argonne Offensive of World War I. The immense array of headstones rises in long regular rows upward beyond a wide central pool to the chapel that crowns the ridge. A beautiful bronze screen separates the chapel foyer from the interior, which is decorated with stained glass windows portraying American unit insignia; behind the altar are flags of the principal Allied nations.

On either side of the chapel are memorial loggias. One panel of the west loggia contains a map of the Meuse-Argonne Offensive. Inscribed on the remaining panels of both loggias are Tablets of the Missing with 954 names, including those from the U.S. expedition to northern Russia in 1918–1919. Rosettes mark the names of those since recovered and identified.

This entry completes our Western Front Virtual Tour for the year. We will be  pausing this series in 2015, as we take a look at some of the other battlefields of the Great War. Our examination of the Western Front will resume in 2016 with the battlefields around Verdun when we will continue our reconnaissance of its battlefields.