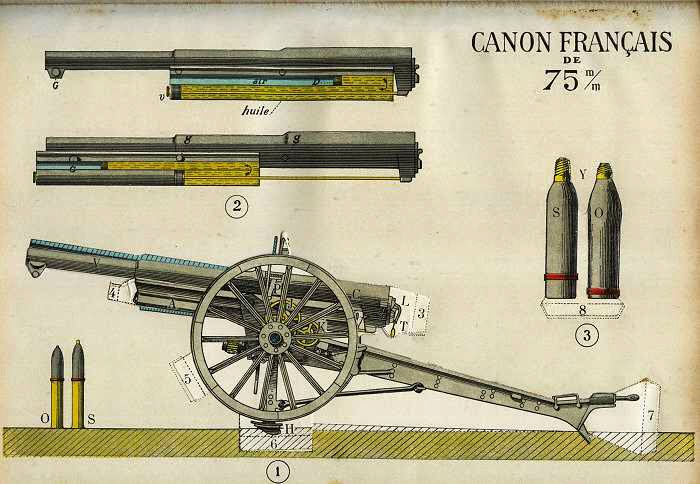 This was the French Army’s main artillery gun during World War I. It was introduced in 1897 and was the first fully integrated quick-firing gun. It also had an innovative recoil system that made for a smoother operation.

Its great moment of the war may have been during the retreat after the colossal French defeat in the 1914 Battle of the Frontiers in slowing the German advance into northern France. This allowed General Joffre to regroup and prepare his counterstroke. 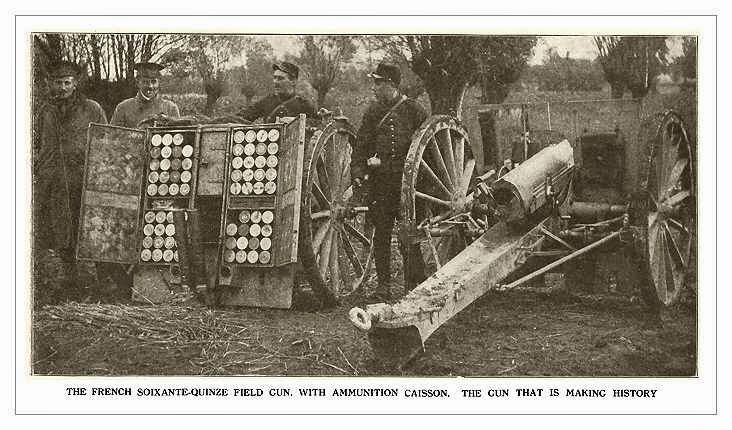 As a German soldier wrote in his diary during the Battle of the Marne:


"September —. The attack is violent on the outside; we remain close together, man to man, inundated by the shell from the French artillery. It is a fire of hell."

When the U.S. became involved in World War I, space on ships was limited and manpower had priority over heavy equipment, so American troops often used French heavy equipment, including this 75mm field gun. An early adaption of the weapon was for anti-aircraft purposes. Interestingly, the German Army, which had found their comparable field piece unsuitable for this purpose, used captured French 75s to defend against Allied aircraft.

After World War I, it was upgraded with pneumatic tires and improved ammunition and was still the French Army’s main artillery gun until the 1940s. France also exported this gun to many other counties in the 1930s, and it was used in 1941 in World War II against the Japanese in the Philippines and in North Africa against the Germans. Erwin Rommel who had come to respect French artillery during the 1914 march to the Marne faced the weapon in both World Wars.