100 Years Ago: The Treaty of London Brings Italy to the Allies

A hundred years ago today Italian representatives signed up to join the Allied side by executing the document known as the Treaty of London. In my experience, most people find the most significant thing about the Italian Front of the Great War was that it inspired Ernest Hemingway to write a novel. As it turned out, it shifted the balance of power in the long run by constantly draining the resources of the junior member of the Central Powers alliance, Austria-Hungary, for the next  three-and-a-half years. The three men who pushed Italy into the war — Prime Minister Antonio Salandra, Foreign Minister Sidney Sonnino, and King Victor Emmanuel III — probably never contemplated their efforts at territorial land-grabbing, would yield such a stupendous butcher's bill. Unlike most of the major participants in the war, Italy's reasons for joining hostilities were unambiguous, they wanted more territory. Specifically, they wanted the Trentino (Tyrol), Trieste, and areas on the Dalmatian coast.

Here is a summary of the casualties on the Italian Front we presented at our La Grande Guerra website. 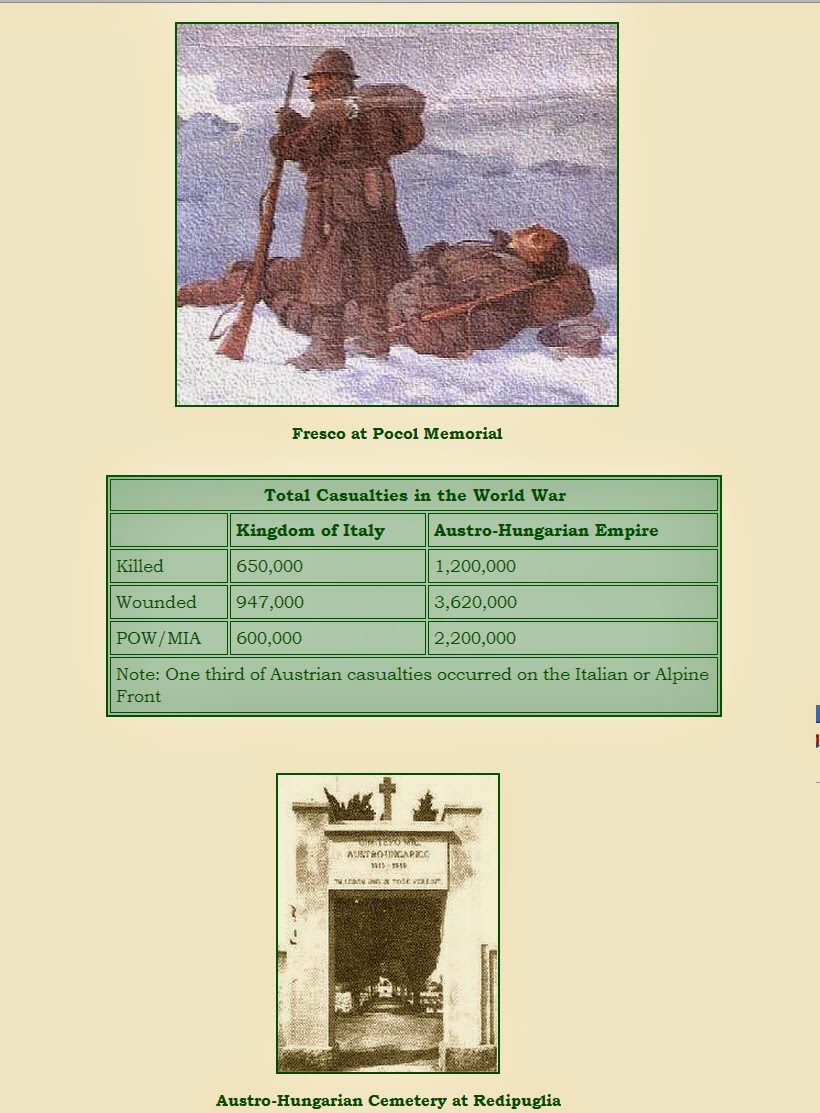 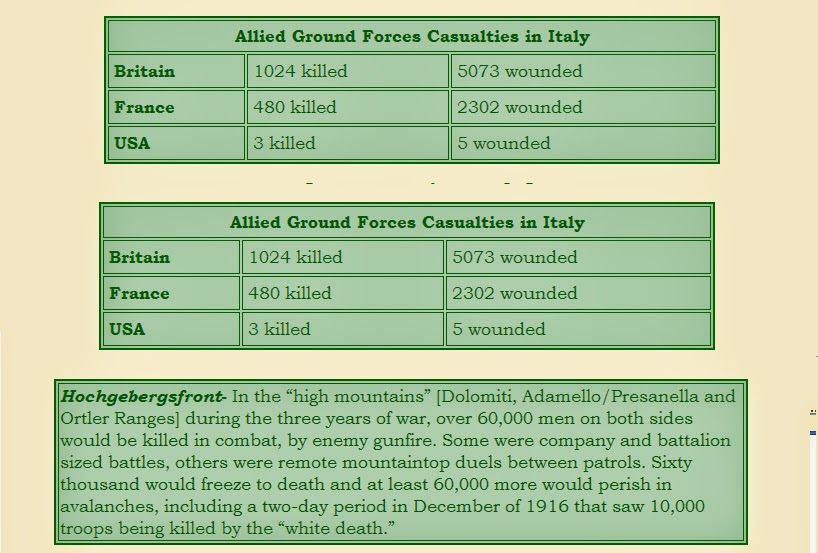