April Fool: It's World War I

One of our men flew over the Lille aerodrome and dropped a football. All the Germans rushed for cover, imagining that a bomb was coming down, but when, after many enormous rebounds, the ball at length came to rest, they approached it cautiously, on it they read:

Thompson is credited with popularizing the expression that disparages British generals of the Great War, "Lions Led by Donkeys", in the English-speaking world. He wrote a much-admired book about the war with that title in 1927. 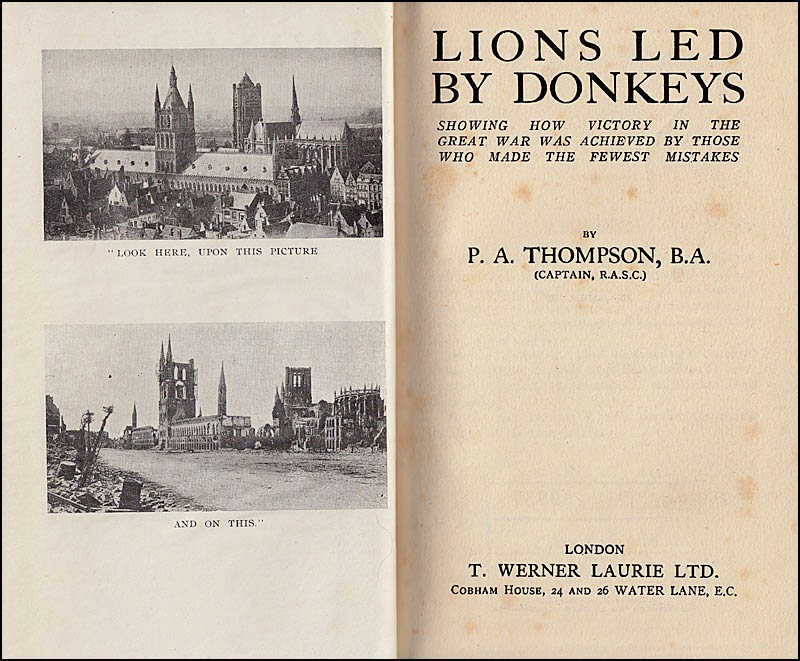