Recommended: A Primer on Trench Warfare

What was it really like in the trenches?  Here's a typical day for the troops. 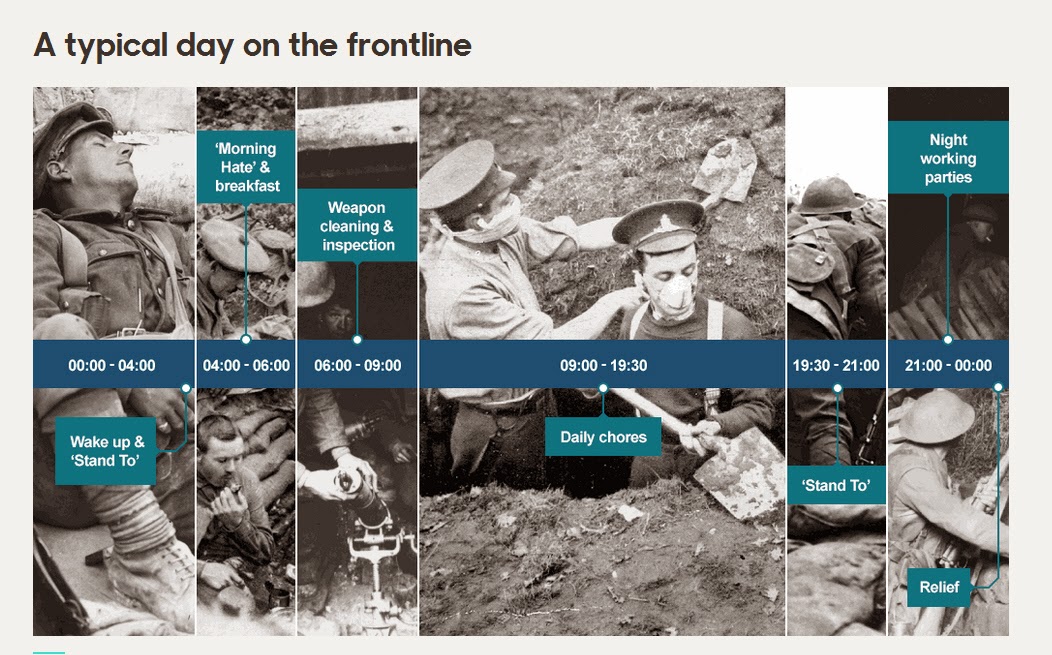 This is from a BBC production by historian Dan Snow. It is simply the best description and educational presentation I've run into on what trench warfare was all about. Starting with the question "How did so many soldiers survive the trenches?" its debunking style and reality therapy is utterly refreshing and informative. It reminded me of my favorite WWI air war novel, Goshawk Squadron (also recommended). The website uses video, slides, and PDFs to convey the information.

The image below shows the host and historian Dan Snow with an eight-part full program. Under that we have included the story about the photograph he is describing for the viewers, along with a link to the site.. 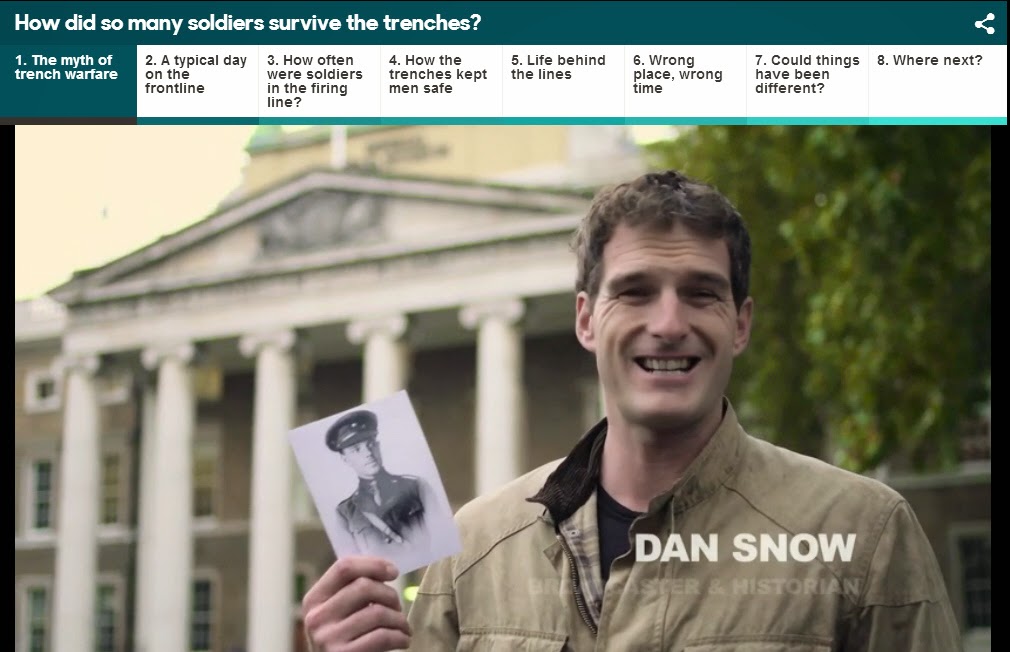 This is Second Lieutenant Percy Boswell. On 1 July 1916 he was gunned down as he crossed No Man’s Land. He was just 22 years old when he was killed. Percy was one of the unlucky ones to charge over the top at the Battle of the Somme.

A young man travels from his home in South London. He fights bravely in foreign fields only to lose his life. Percy's story might convince us that most soldiers in the trenches met a similar fate.

So how was it that 88 per cent of British trench-fighting soldiers actually survived?We shouldn’t forget the sacrifice of those that didn’t. But why did so many avoid Percy’s fate? British soldiers constantly moved around the trench system – meaning more often than not they were kept from the dangers of enemy fire.

Being up here in the firing line was rare. Being up here and being asked to go over the top was even rarer. In many ways Percy was one of the unlucky few. The more typical experience for the British Tommy would have been a life of boredom and regular routine.

Enjoy the entire program at: