The popular and provocative Aussie historian was interviewed on the 90th Anniversary of Anzac Day by the Australian Broadcast Corporation. He was asked about the significance of the great Australian holiday. The comments seem still interesting a decade later.

Why are Australians so concerned about Anzac Day? 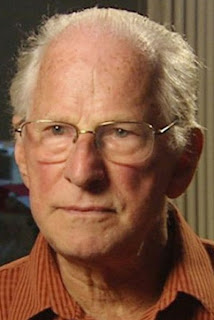 Prof. Wilson:
They were very concerned of course about what happened to Britain. Australia regarded itself as a lonely part of the world in a very far-off area and the only thing they felt was keeping them secure was the British Navy, and if Britain went down to Germany the British Navy would go down to the German Navy, and Australia would be defenceless.

So there were these very strong feelings for so many Australians who were in fact recent migrants from Britain, or their parents certainly were. If you looked at the AIF most of them are either first-generation British or their parents are first-generation British so that there was this enormous association between Britain and its colonies, its white colonies anyway.

So do you see the First World War as being really Australians seeing themselves as an outpost of Britain going back there?

What about this idea that the nation was founded then? Do you agree with that idea?


Prof. Wilson:
Well, it was founded in the sense that the colonies joined together to make the Commonwealth of Australia, but that event in itself did not end the terrific association that most Australians felt towards Britain, towards the Empire.

There was a sense that Australia was a great power because it was part of the Empire. It's manifestly not a great power in its own right. It's a very little power, and if the rest of the world turns hostile against it and if the British Navy and the British power was not there to protect it, it was going to be in a very precarious situation.