News of the Lusitania Arrives at the World's Fair


There was a World's Fair held during the Great War. Known formally as the Panama-Pacific Exposition, it was held in San Francisco to celebrate both the opening of the Panama Canal and the rebuilding of San Francisco after the earthquake and fire of 1906.  Despite being at war, a number of the combatants had major pavilions and exhibits, including Australia, Belgium, Canada, France, Italy, Japan, and New Zealand from the Allied side. Only Turkey, however, had a Central Powers presence. 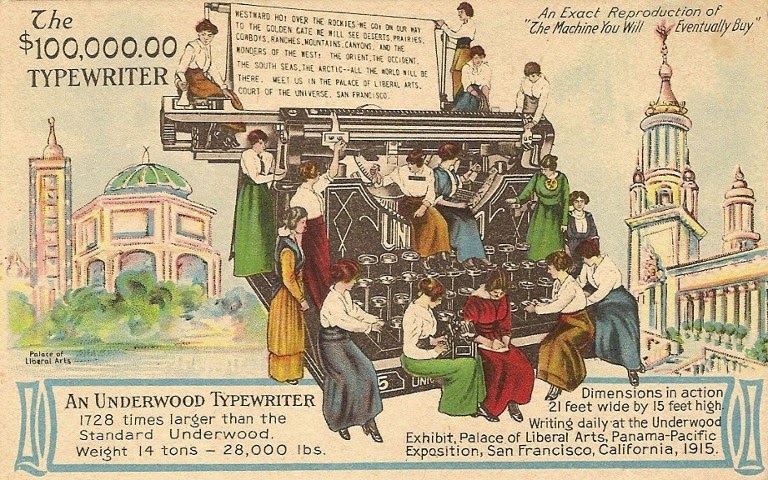 One of the most popular exhibits was the 15-foot-tall Underwood typewriter that printed out the day's news in as close to real time as was possible in 1915. On Friday morning, 7 May 1915, the crowd in the Palace of the Liberal Arts gathered around as the typewriter started producing a bulletin — "Liverpool, May 7, the Lusitania with heavy passenger list of Americans was torpedoed and sunk off the Irish coast this afternoon."

Afterward, the fair, which — despite the death of aviation daredevil and local lad Lincoln Beachey and the war in Europe — had been something of a joy fest, shifted in tone almost immediately. More military displays, a model of a trench, and an exhibit of the latest news from the battlefields appeared. America, without yet realizing it yet, had started on the road to war.

For information on the International Exhibits:
http://www.books-about-california.com/Pages/The_Jewel_City/The_Jewel_City_Chap_16.html