I have been traveling to the Western Front since 1990,  but when I was visiting the archives of American War Memorials Overseas, Inc., I discovered a number I must have driven past several times or have been close to.  Here are five interesting ones. 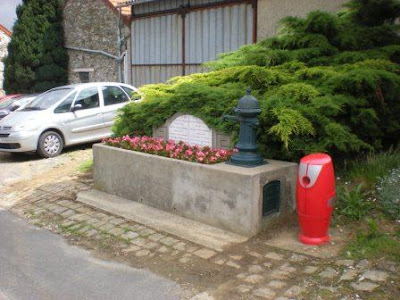 A fountain, formerly the town's water supply, is now used as a planter. Above it there is a marble plaque above with French and English text, commemorating Pennsylvania's soldiers who fell in the area. 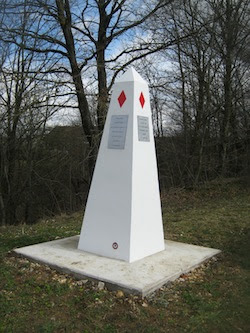 3. Lafayette and Pershing Columns outside Versailles

On both sides of the road on the D985 (Rue de Versailles) located between Ville d'Avray and Versailles. Partly completed in 1937, they were to bear equestrian statues of the two historic figures but were never finished due to the Second World War. 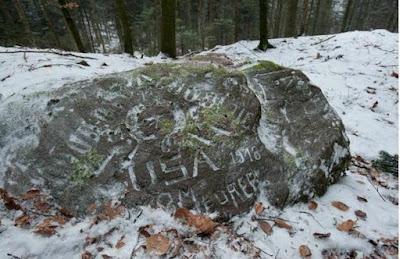 Deep in the woods halfway between Senones and Celles sur Plaine east of Baccarat, where several U.S divisions served in the line.  (This one I would have never found on my own.) 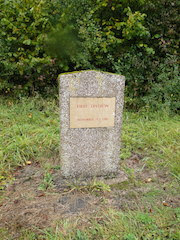 A tombstone shaped stele with the inscription "First Division, November 5th 1918"  The division was been moving through the area of Yoncq when they encountered German forces in early November 1918. After capturing the village and the surrounding woods the division was ordered north to help capture Sedan.