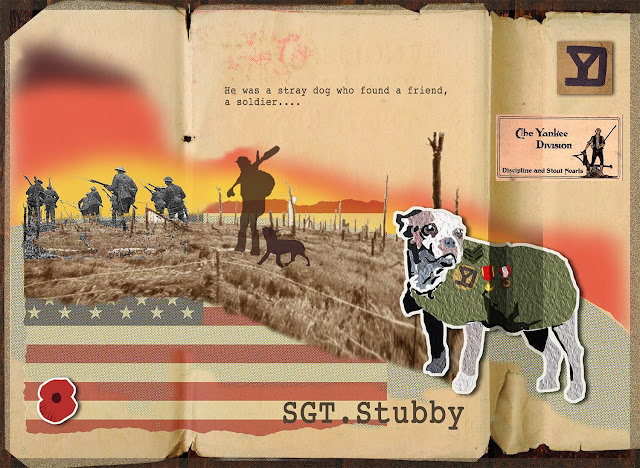 Fun Academy Motion Pictures recently announced that Logan Lerman,  star of Percy Jackson and the Olympians, will headline the voice cast of SGT. STUBBY: AN AMERICAN HERO, an upcoming feature-length animated film based on the life and times of the United States Army's most decorated dog. Lerman will voice Robert Conroy, the American Doughboy whose life is forever changed when he found found the little mutt with a stub of a tale while he was training on the grounds of Yale University. He  joins a cast already featuring Helena Bonham Carter and Gérard Depardieu.

Sgt. Stubby served throughout the entire campaign of the American Expeditionary Force in France with the 26th Yankee Division, one of General Pershing's most active units. For his keen instincts and fierce loyalty, Stubby became the first canine promoted to the rank of Sergeant in American history.

Longtime readers of Roads to the Great War know that Stubby has been a favorite of our over the years. If you would like to learn more about  his service and heroics and his popularity when he returned stateside, check out our earlier articles.