Recommended: The Powerful Western Front Paintings of the Nash Brothers

From the Imperial War Museum
(Click on images to enlarge.)


Brothers Paul and John Nash were both commissioned as official war artists during the First World War—Paul from 1917 and John from 1918. Paul, the eldest, had attended the Slade School and was a trained artist, while John had no formal art training.

Prior to becoming official war artists, both of the brothers had seen active service on the Western Front. Their experiences and observations are recorded in striking artworks depicting trench life, troop movements, and shattered landscapes.

Here is a selection of some of the works they produced. 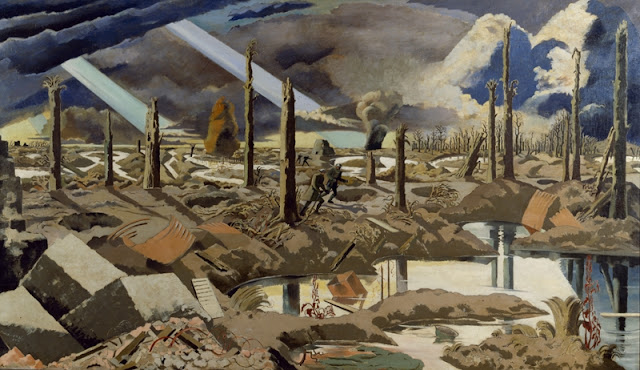 "OVER THE TOP" by John Nash 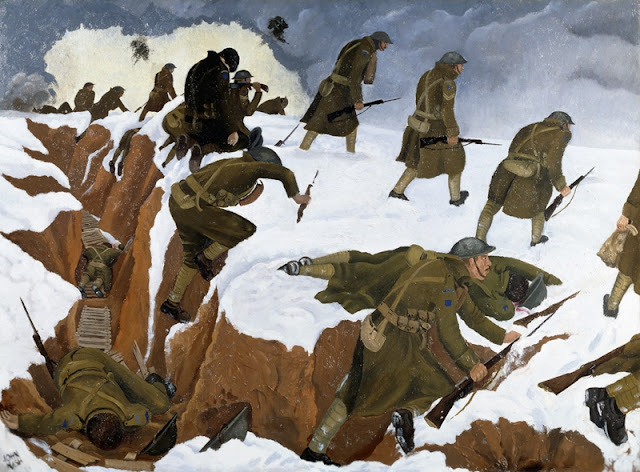 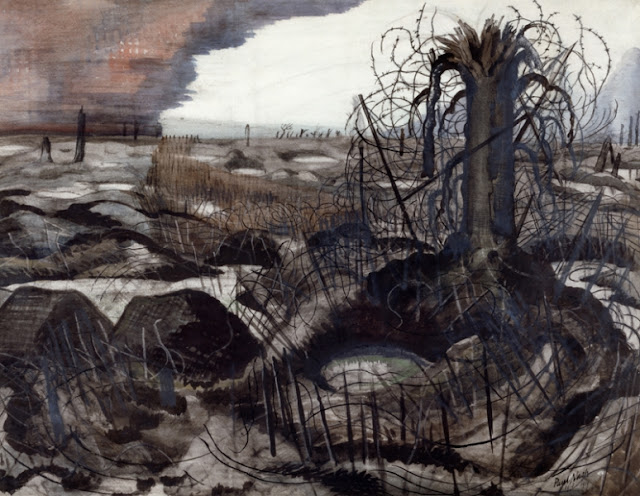 "A FRENCH HIGHWAY" by John Nash 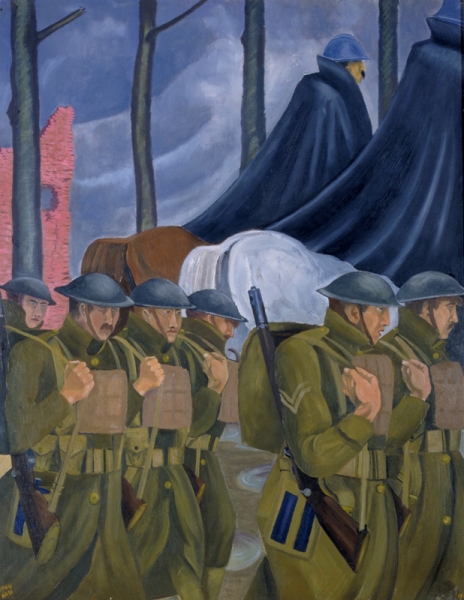 Continue viewing the brothers' paintings at: