Former British Prime Minister Harold "Super Mac" Macmillan was shabbily treated in this past season's episodes of The Crown, which I have otherwise found enjoyable.  I thought his war service deserved a remembrance here. 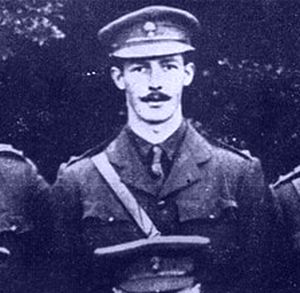 He first saw action at the Battle of Loos in September 1915, being wounded lightly in the head and seriously in the right hand. After convalescence, he returned in April 1916 to Ypres, and was lightly wounded on 19 July when on a reconnaissance mission to approach the German lines and listen.

At the Somme in mid-September 1916 he was seriously wounded in the pelvis and left thigh, though without any bone being fractured, for the bullet was slowed by his water bottle. He lay for a day in a shell hole in No Man's Land: "I had in my pocket Aeschylus's Prometheus in Greek. It was a play I knew very well, and seemed not inappropriate to my position...I read it intermittently."

He was rescued at darkness by Company Sergeant-Major Norton, but had to make his own way to the dressing station, where his wounds were dressed but not drained, allowing abscesses to form. Surgeons decided it would be too risky to attempt to remove the bullet fragments.

He spent the rest of the war in and out of hospital and unable to return to France. The war left Macmillan with "a limp handshake, a dragging gait, and sporadic pain. His war service and war wounds were of great advantage to him in Tory politics, for until the 1960s to have had ‘a good war,' and especially to have been wounded, counterbalanced many an intellectual and political eccentricity. Macmillan did not play the patriotic card; his body played it for him." His political career led him to become prime minister in 1957, and he served in the office until 1963.  He died in 1986.

This is a from a letter he wrote his mother before the Somme: 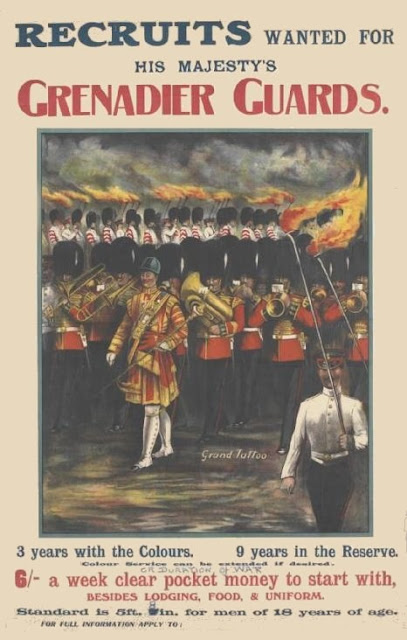 Perhaps the most extraordinary thing about a modern battlefield is the desolation and emptiness of it all...one cannot emphasize too much. Nothing is to be seen of war or soldiers—only the split and shattered trees and the burst of an occasional shell reveal anything of the truth. One can look for miles and see no human being. But in those miles of country lurk (like moles or rats, it seems) thousands, even hundreds of thousands of men, planning against each other perpetually some new device of death. Never showing themselves, they launch at each other bullet, bomb, aerial torpedo and shell. And somewhere too (on the German side we know of their existence opposite us) are the little cylinders of gas, waiting only for the moment to spit forth their nauseous and destroying fumes. And yet the landscape shows nothing of all this—nothing but a few shattered trees and three or four lines of earth and sandbags, these and the ruins of towns and villages are the only signs of war anywhere visible. The glamour of red coats—the martial tunes of flag and drum—aide-de-camps scurrying hither and thither on splendid chargers—lances glittering and swords flashing—how different the old wars must have been!
Letter to his mother, 13 May 1916