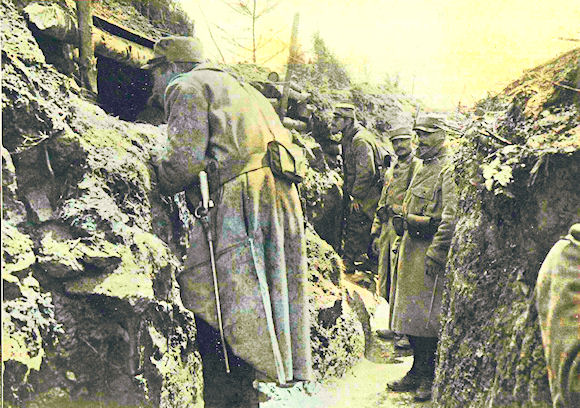 The foot soldier in the trenches is not over-fond of work; he often prefers to curl up in the mud under indifferent shelter to taking a little trouble. So, when he is subjected to bombardment, he has no cover to get under.

Furthermore, the foot soldier considers that he is in the trench merely to keep the enemy from getting through if he attacks. Since the enemy does not attack every day, the fighting habit is lost, and the enemy is left to plant entanglements and dig his shelters without molestation, so that, when the time comes to attack him, you will have to go up against thoroughly prepared defenses, which must be taken by main force.

The enemy that you do not kill beforehand will perhaps kill you on the day of the assault.

What the Foot Soldier Should Do in the Trenches

1. Be careful of himself.
2. Train himself and get seasoned to war.
3. Destroy Germans.

How to Take Care of Yourself

To get yourself killed or wounded in the trenches through carelessness or negligence is sheer stupidity because you have not been of any use. A soldier can never be replaced. Therefore build yourself a good shelter so that you can laugh at bombardments and sleep in peace. Do not do the imprudent things with which everybody is so familiar. Watch over your comrades who are careless, and especially over newcomers and young soldiers who want to see everything and are ignorant of trench customs. 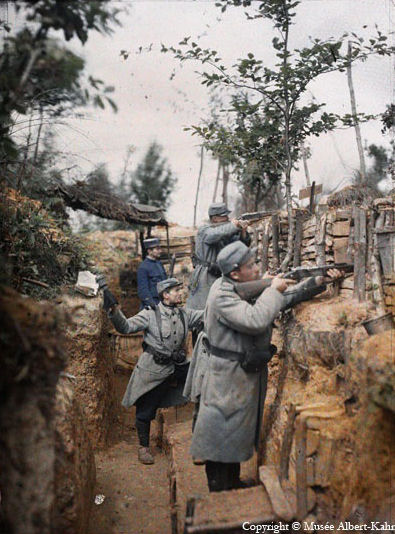 How to Get Seasoned to War

In the trenches, people fall into ways that are bad in battle. They stay continually in the shelters; when they move about, it is nearly always in the zigzags, so that they find it very disagreeable to have to pass through open spaces where the bullets are whistling. You must fortify yourself so as not to let any bullet bother you on the day of attack. To this end, go on patrol at night, and plant entanglements in front of the first line.

You should profit by your stay in the trench to learn skill [that] is your surest protection in battle. Every day fire a carefully aimed string at the enemy’s trench; study the point of aim of your rifle for different ranges; practice quick aiming to prepare yourself for firing at close range. Every soldier familiarizes himself with the throwing of the different types of grenades; he should interest himself in everything charged with explosives, the methods of priming bombs, trench weapons, etc. 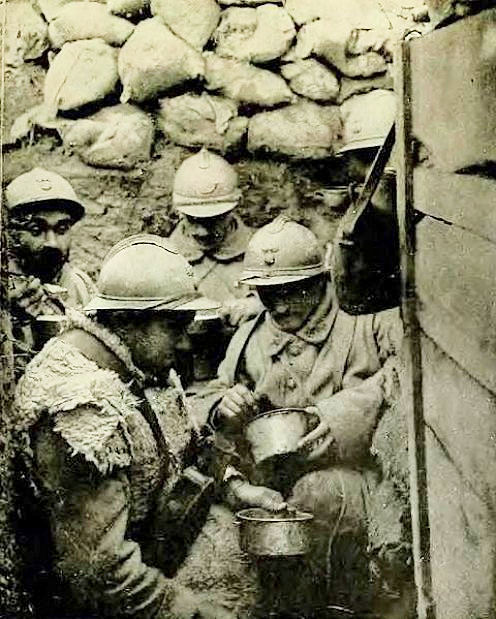 The Attack on the Trench

In case of an attack, everybody goes promptly to his battle station. Sometimes, when the attack is preceded by a violent bombardment, the station is wiped out; the trench is nothing but a mass of holes and hillocks. You must then take such shelter as you can find; a solid trench is not necessary in order to fight.

Sometimes, it also happens that the enemy succeeds in getting into your trench and pushing by before the defenders can get out of their shelters. You must not think that all is lost; make a space around the shelters with grenades and shoot the enemy in the back. By working in this way, intrepid garrisons have annihilated whole German companies, which had already pushed beyond the first trench.

From: United States Marine Corps in the First World War
Downloadable at: