The Deep Roots of the Great War, Part 5: The Kaiser's Culpability 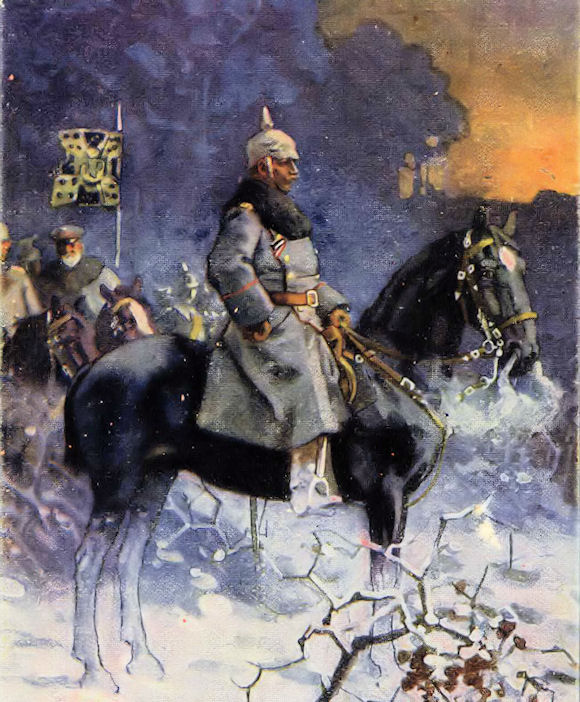 Wilhelm II (1859–1941) was King of Prussia and Kaiser (Emperor) of Germany for 30 years until he was forced to abdicate in the last days of the Great War. A man of prodigious energy, able to out-work all his subordinates, and enthralled with an archaic view of the divine right of kings, he spent the first two years of his reign elbowing off the political stage his powerful chancellor, Otto von Bismarck.  A grandson of both Queen Victoria and the first Kaiser, upon ascending to power, he had apparently intuited a notion attributed to Count Waldersee, "If Frederick the Great had had such a chancellor [as Bismarck] he would not have been Frederick the Great."

In post-Bismarckian administration, Germany's chancellor was reduced to the status of chief of staff for his sovereign. Under Wilhelm's erratic direction, Russia and France were allowed to form an alliance, so the army had to plan a war against both of them. A navy was built to back Wilhelm's dream of a colonial empire, which was perceived as a challenge to Britain's Royal Navy, thereby both creating an economically burdensome ship-building race and forcing his admiralty to prepare for a war with a third nation. His foreign office, meanwhile, maneuvered for influence in Africa and the decaying Ottoman Empire, further alarming all the established colonial powers. Wilhelm's prewar neglect of domestic affairs also led to a victory by the Socialists in the Reichstag election of 1912, an event he would long rue.

Annika Mombauer of the Open University, presented her views on Wilhelm's character and his responsibility for bringing Europe and the world to war in 1914 in our January 2008 issue of OVER THE TOP:

Wilhelm II, who became Kaiser of Germany in 1888, had a profound impact on German and European history. He dismissed Bismarck in 1890, dismantled the alliance system which had helped to maintain peace and, most fatally of all, encouraged  an aggressive foreign policy which was to make the outbreak of a major European war more likely. He was mentally unstable, a probable consequence of his traumatic birth and his mother's reactions to the disability which resulted from it. He was unfit to rule, shown by his obsession with military matters and over-reliance on military advisers...In his lifetime, Wilhelm's contemporaries regarded him as an enigma. Commentators attributed to him immense powers and possibilities of decision-making and of ruling the country. However, they also commented on the Kaiser's insistence on being personally involved in decisions on every level, his embarrassing diplomatic faux pas, his irate marginal notes and ill-considered orders to his subordinates. In many ways, Wilhelm II was a terrible liability to the political rulers of the time.


What, then, was the Kaiser's role in all this? It was he, ultimately, who had to sanction a decision to go to war, he who finally signed the relevant mobilization orders, as he did in early August 1914. His tactless blunders on the international diplomatic stage did much to prepare the ground for hostilities among the major European powers of the day, as did his expressed desire to achieve a position of world power for Germany. It is an unfortunate coincidence that the most powerful position in Germany was to be filled by a megalomaniac monarch who was ultimately so ill-suited to occupying such an influential office. In the events leading to the outbreak of war, the role of the Kaiser must therefore be seen as a crucial factor.

Supreme War Lord was a role Wilhelm certainly looked forward to playing, and he was never so popular during his reign as he was in the early days of the World War. But soon survival—not only of his own throne but also of the German Empire—was perceived to be at stake. Specialists were needed to manage "Total War", and as they displayed competence, they would siphon off Wilhelm's power.