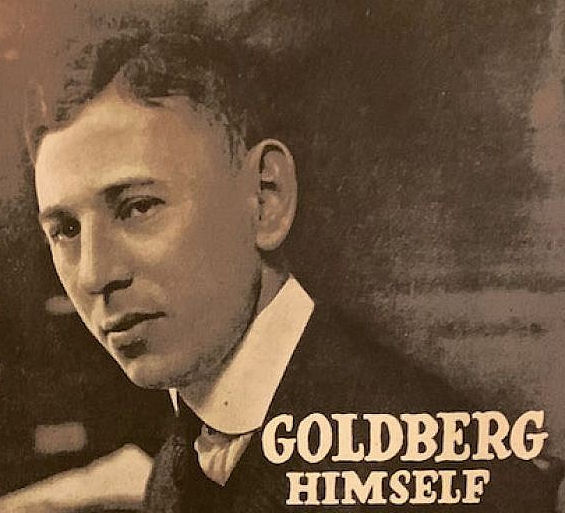 Rube Goldberg was an American cartoonist whose work mocked America's fixation on technology. After receiving a degree from the University of California in 1904 he took a job designing sewer pipes for the San Francisco Sewer Department. A few months later he became a sportswriter and cartoonist for the San Francisco Chronicle and the San Francisco Bulletin. He also briefly worked for the New York Evening Mail, creating three long-running comic strips. His most popular drawings depicted complex gadgets that performed even the simplest tasks in convoluted, elaborate ways, known as Rube Goldberg machines. In 1948 he was awarded the Pulitzer Prize for his editorial cartoon, "Peace Today," which conveyed a warning against atomic weapons. Besides his wacky machine designs, all attributed to Professor Lucifer Gorgonzola Butts, Goldberg produced political cartoons and many regularly appearing strips like "Boob McNutt,"  "Sideshow," and "Father Was Right."

Rube was touring Europe when the Great War broke out. He sent a cartoon home from Paris explaining to his countrymen just how the war broke out. 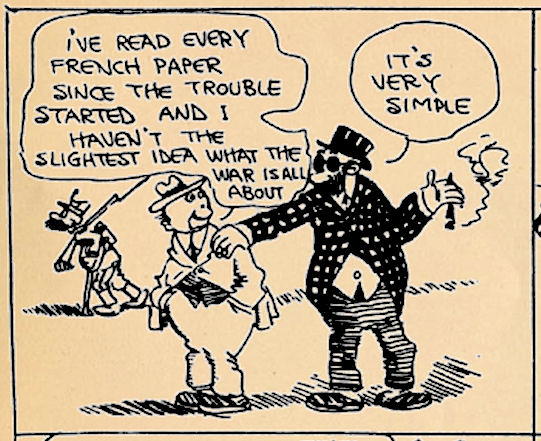 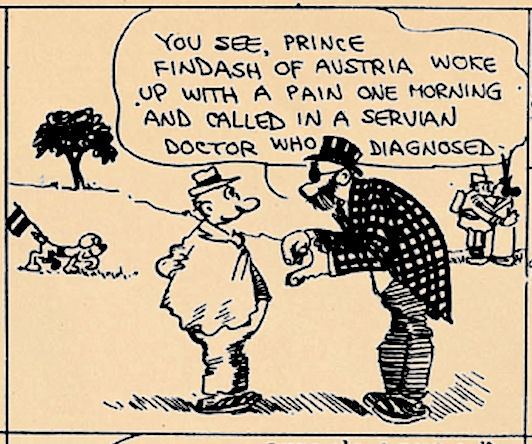 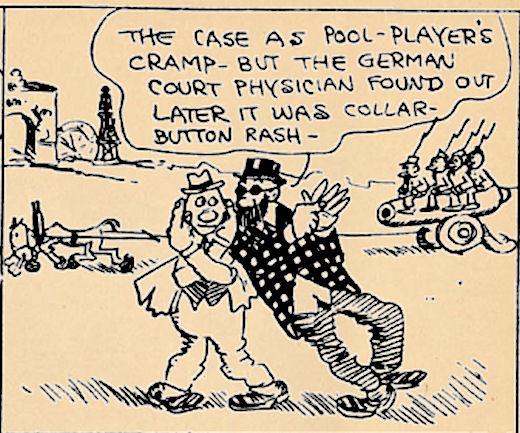 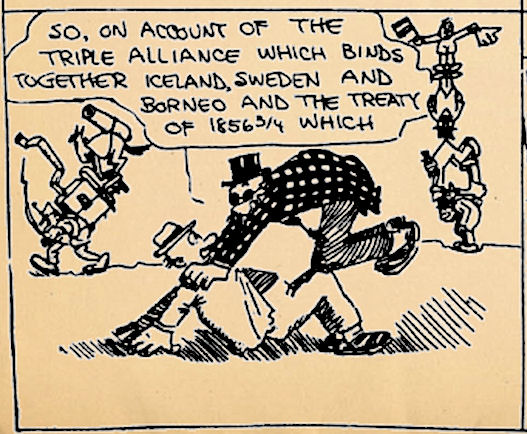 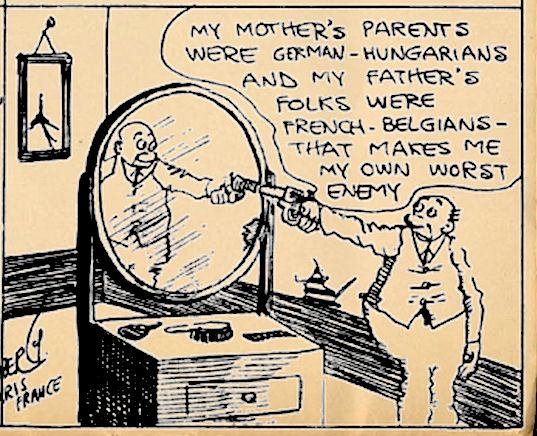