Anne Morgan: She Went to War for France


Thanks to a program I attended recently presented by World War One Historical Association member Jolie Velasquez, I was able to gain a greater appreciation of one of the outstanding philanthropic figures of the First World War.  Anne Tracy Morgan was the daughter of the most powerful financier in America's history, J.P. Morgan. Born 25 July 1873, Anne Morgan grew up on her family's New York estate and was schooled both at home and in private schools. As an adult, Morgan used her family's wealth and connections in support of many social causes. 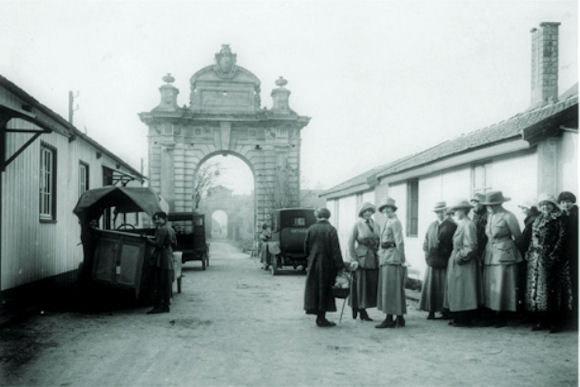 During World War I and World War II, Morgan spent time in France overseeing relief efforts in frontline communities. She established the American Friends for Devastated France, which worked to provide health services, housing, and food to soldiers and refugees displaced by occupation and evacuation. During the Great War she was based in the Aisne region of  France at the Chateau de Blérancourt,  north of Soissons. Today the chateau is the location of a French-American Museum commemorating the work done there.

Jolie presented one of the two outstanding documentaries on Anne Morgan. I thought readers of ROADS TO THE GREAT WAR should have the opportunity to view both, so here they are:

Anne Morgan: An American on the Front