Presented by James Lileks at Lileks.com 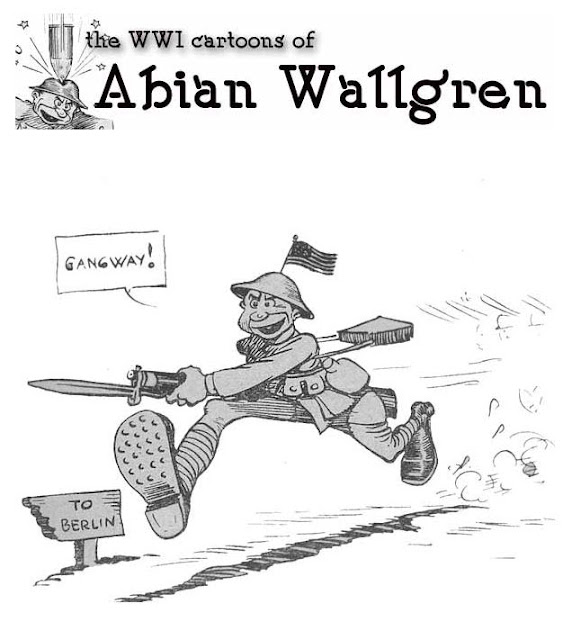 So who was he? A Marine, for starters. An American soldier in the AEF during WWI, Abian "Wally" Wallgren drew comics for Stars and Stripes. His style was typical for the era—broad goofy caricatures with oversized feet. But for a young man he had wit and promise—some of the cartoons you'll see here are quite accomplished.

At the risk of getting deluged by information, I must admit I can't find much info on him. (I've found a few websites that use his cartoons, but they all stink.) In the 1930s he briefly drew for Happy Days, a government-issued paper handed out in CCC camps, suggesting he didn't have a booming postwar career. The book from which these cartoons are taken is often auctioned off on eBay or elsewhere and seems to be his sole contribution to the cartoonist's art. It's almost 90 years old and sturdily bound.

These drawings were originally printed on brown paper; I've made most black and white. I'm not presenting them with much commentary, as that would seem superfluous.

To view a selection of Abian Wallgrem's cartoons click HERE