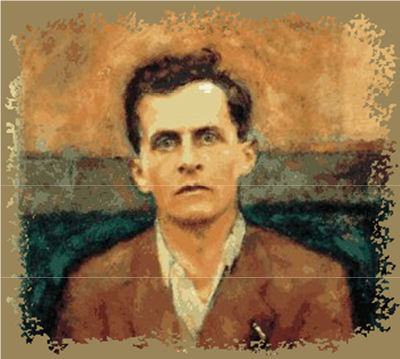 
“Whereof one cannot speak, thereof one must be silent.”
― Ludwig Wittgenstein, Tractatus Logico-Philosophicus

Austrian philosopher Ludwig Wittgenstein (1889–1952) was born in Vienna to one of middle Europe’s richest families, and he inherited a fortune from his father in 1913. Despite being eligible for a medical exception, at the outbreak of World War I Wittgenstein immediately left Cambridge University in England and reported for duty in the Austro-Hungarian Army.

He served first on a ship and then in an artillery workshop several miles behind the front lines, where he was wounded in an accidental explosion and hospitalized in Krakow.

Following his return to duty, in March 1916 he was posted to the Russian front, as part of the Austrian 7th Army, where he was involved in the Brusilov Offensive.

Wittgenstein frequently directed artillery fire from a forward observation post, a very dangerous job as he was a special target of enemy fire. He was decorated on several occasions during his service.  In January 1917 he returned to the Russian front, where he earned several more medals, including the Silver Medal for Valor, First Class. In later action against the British, he was decorated with the Military Merit Medal, with Swords on the Ribbon for his exceptionally courageous behavior.

In 1918, Wittgenstein was promoted to lieutenant and sent to the Italian front. For his actions during the Austrian offensive of June 1918, he was recommended for the Gold Medal for Valor, but it was subsequently downgraded to a second award of the Merit, with Swords. Captured by the Italians on 3 November, he spent nine months in a prison camp.

Wittgenstein had survived the war, and in 1919 he renounced his inheritance, dividing it among his remaining siblings. Then he spent several years as a school teacher in Austria, all the while resuming his philosophical writing.

After Wittgenstein’s opus work Tractatus (which he had substantially completed when he was a prisoner of war) was published, his former tutor at Cambridge persuaded him to return there, and he stayed on until 1947. He then visited in Ireland and the U.S. until his final illness. His voluminous manuscripts were edited and published posthumously in 1953 under the title Philosophical Investigations, which has since been regarded as one of the most important philosophical works of the 20th century.

Wittgenstein is credited with inventing the "truth-table," a method of determining in a mechanical way whether an argument is valid, and as well (although this claim is hotly contested) he may have been the first to use the "emoji," in his 1938 work The Brown Book, where he showed how simple face-like drawings could convey feelings and emotions.