Before the First World War broke out, the Reverend Geoffrey Anketell Studdert Kennedy was a fairly obscure Church of England vicar—probably more notable for the rather magnificent name he bore than for much else. At the outbreak of war in 1914 he left his parish and volunteered as an army chaplain, serving in that position for the duration of the conflict.  In 1917 he was awarded the Military Cross at Messines Ridge after running into no-man's-land to help the wounded during an attack on the German front lines.

He was a comforting and practical padre in the trenches and came to intimately know the futility and horror of battle and the strengths and fears of the fighting men. He accepted the soldiers as they were, and besides comforting and helping them when he could, he made it a point to have ample supplies of cigarettes on hand to generously dole out, especially to wounded soldiers. The brand of choice was Woodbines, one of the most common "fags" in England, and thus he acquired the nickname of "Woodbine Willy" on the Western Front. 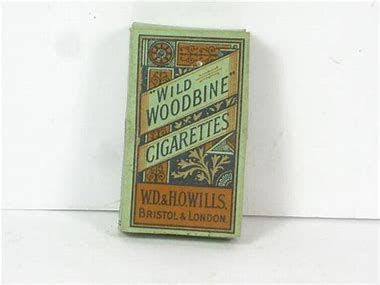 Because of his war poems and the reputation he earned among the troops as a chaplain, we remember his wartime activities in those two contexts. He was above all an enthusiastic supporter of the common soldier. Many poems were written in a distinctly working-class dialect, as illustrated by some stanzas from “The Spirit”:

When the Boche has done your chum in,
And the sergeant's done the rum in,
And there ain't no rations comin',
Carry on.

When the world is red and reeking,
And the shrapnel shells are shrieking,
And your blood is slowly leaking,
Carry on.

When the broken battered trenches,
Are like the bloody butchers' benches,
And the air is thick with stenches,
Carry on….


Although this poem may sound jingoistic and Kiplingesque, there’s no question about its clarity and its catching rhythm reminiscent of a concert hall song. The realities of trench life are also prominent in the poem, just as they are reflected by the attitude of casual death in a much shorter poem, “The Sniper”: 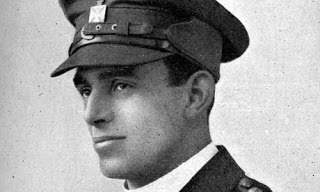 Dialect isn’t necessary for Studdert Kennedy’s poetry to be effective, though, and most of his poems aren’t written in it. “War” is a short poem that looks at a broader situation than the trenches alone and makes its tragic point quite clearly:

There's a soul in the Eternal,
Standing stiff before the King.
There's a little English maiden
Sorrowing.
There's a proud and tearless woman,
Seeing pictures in the fire.
There's a broken battered body
On the wire.

Similarly, his shortest poem, "A Scrap of Paper," carries a world of empathy:


Just a little scrap of paper
In a yellow envelope,
And the whole world is a ruin,
Even Hope.


It’s not surprising that as a clergyman Studdert Kennedy often worked Christian imagery and allusions into his war verse. Later he was to write prose works arguing the validity of Christianity after the horrors of the war, but at the front it was easier to simply see the sorrows of the suffering Christ, which he did successfully in a long poem, “Dead and Buried.” The first two stanzas make this painfully clear:


I have borne my cross through Flanders,
Through the broken heart of France,
I have borne it through the deserts of the East;
I have wandered, faint and longing,
Through the human host that, thronging,
Swarmed to glut their grinning idols with a feast.

I was crucified in Cambrai,
And again outside Bapaume;
I was scourged for miles along the Albert Road,
I was driven, pierced and bleeding,
With a million maggots feeding
On the body that I carried as my load.


Here as elsewhere in his poetry we see Christ as the soldier—the Christ-soldier if you will. What’s so impressive is that Studdert Kennedy never delivered a simplistic moralist theology in his verse (or indeed his sermons) as plenty of clergy at the time did. Much of his poetry is concerned not with religious questions but with very human ones. And he can also express his ultimate feelings: 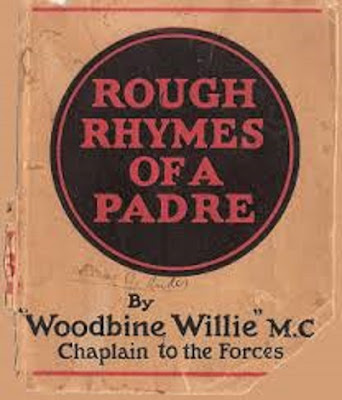 Studdert Kennedy’s poems appeared in two collections, Rough Rhymes of a Padre (1918), and More Rough Rhymes (1919).  In 1927 all 105 poems were published as The Unutterable Beauty. Although these books were out of print for decades, they’re now available again as reprints and make for truly thoughtful and evocative reading. A biography, A Seeker After Truths: The Life and Times of G. A. Studdert Kennedy ('Woodbine Willie') 1883–1929, by Linda Parker, was published in 2018.

After the war, Woodbine Willy traded the trenches for the slums and worked, wrote, and preached tirelessly on behalf of the poorest of British society. His early death in 1929, reportedly from asthma and exhaustion, was lamented by countless ex-soldiers and others. At his funeral his coffin was covered in packages of Woodbines.

An early version of this article appeared in the September 2013 issue of Over the Top Magazine.