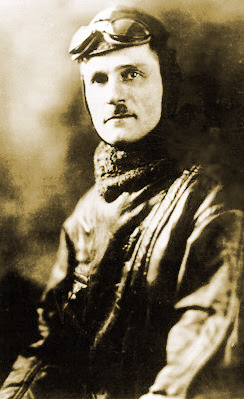 General Carl A. Spaatz was the first chief of staff of the U.S. Air Force, Washington, D.C.  He started his career in 1914 as an infantryman, but transferred quickly to the budding army air operation — just in time to serve in the Great War.

In June 1916, General Spaatz was assigned at Columbus, N.M., and served with the First Aero Squadron under Gen. John J. Pershing in the Punitive Expedition into Mexico. He was promoted to first lieutenant July 1, 1916, in May 1917 joined the Third Aero Squadron in San Antonio, Texas, and in the same month was promoted to captain. 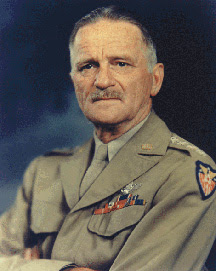 General Spaatz went to France with the American Expeditionary Forces in command of the 31st Aero Squadron and, after 15 November 1917, served in the American Aviation School at Issoudun continuously, except for one month at the British Front, until 30 August 1918. In this period, he received a temporary promotion to major.

He joined the Second Pursuit Group in September 1918, as pursuit pilot in the Thirteenth Squadron, and was promoted to flight leader. He was officially credited with shooting down three Fokker planes, and received the Distinguished Service Cross. In 1919 he served in California and Texas and became assistant department air service officer for the Western Department in July 1919. He reverted to his permanent rank of captain on 27 February 1920 but was promoted to major on 1 July 1920. Spaatz became a brilliant innovator between the wars, commanded strategic bombers in two WWII theaters, and eventually earning the post of first chief of staff of the U.S. Air Force.