WWI: When the Wristwatch Routed the Pocket Watch 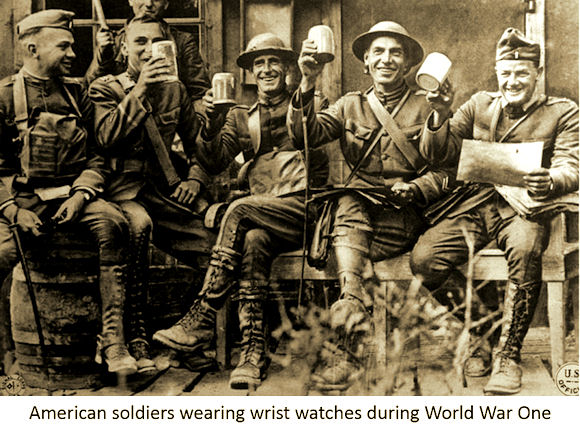 The wristwatch was invented by Patek Philippe at the end of the 19th century. It was, however, considered a woman's accessory. It was not until the beginning of the 20th century that the Brazilian inventor Alberto Santos-Dumont, who had difficulty checking the time while in his first aircraft (Dumont was working on the invention of the aeroplane), asked his friend Louis Cartier for a watch he could use more easily. Cartier gave him a leather-band wristwatch from which Dumont never separated. Being a popular figure in Paris, Cartier was soon able to sell these watches to other men.

During the First World War, officers in all armies soon discovered that in battlefield situations, quickly glancing at a watch on their wrist was far more convenient than fumbling in their jacket pockets for an old-fashioned pocket watch. In addition, as increasing numbers of officers were killed in the early stages of the war, NCOs promoted to replace them often did not have pocket watches (traditionally a middle-class item out of the reach of ordinary working-class soldiers) and so relied on the army to provide them with timekeepers. 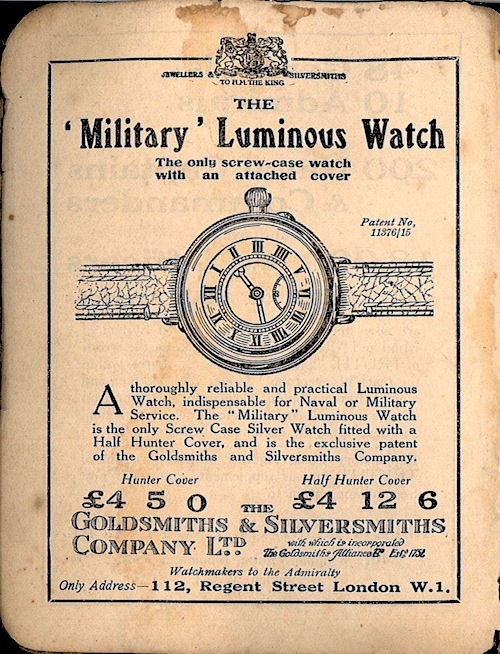 As the scale of battles increased, artillery and infantry officers were required to synchronize watches in order to conduct attacks at precise moments, while artillery officers were in need of a large number of accurate timekeepers for range-finding and gunnery. Army contractors began to issue reliable, cheap, mass-produced wristwatches, which were ideal for these purposes. When the war ended, demobilized European and American officers were allowed to keep their wristwatches, helping to popularize the items among middle-class Western civilian culture. Today, many Westerners wear watches on their wrists, a direct result of the First World War.