The U.S. Navy Memorial at Gibraltar 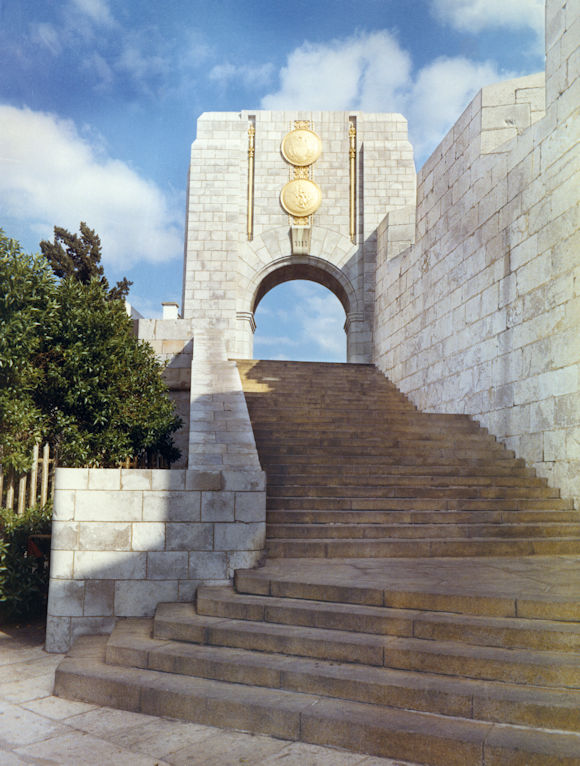 The World War I Naval Monument in Gibraltar, is located at the Straits of Gibraltar, the gateway to the Mediterranean Sea. It is a masonry archway which leads to a British Commonwealth War Graves Commission Cemetery. Over the arch are two bronze seals of the United States and the Department of the Navy. This monument, constructed of the stone from the neighboring Rock of Gibraltar, commemorates the achievements of the U.S. Navy in the nearby waters and its comradeship with the British Royal Navy during World War I.

Steps lead downward from the south side of the Naval Monument to the busy harbor; thus its nickname of the “American Steps.” The inscription on the north side of the monument: 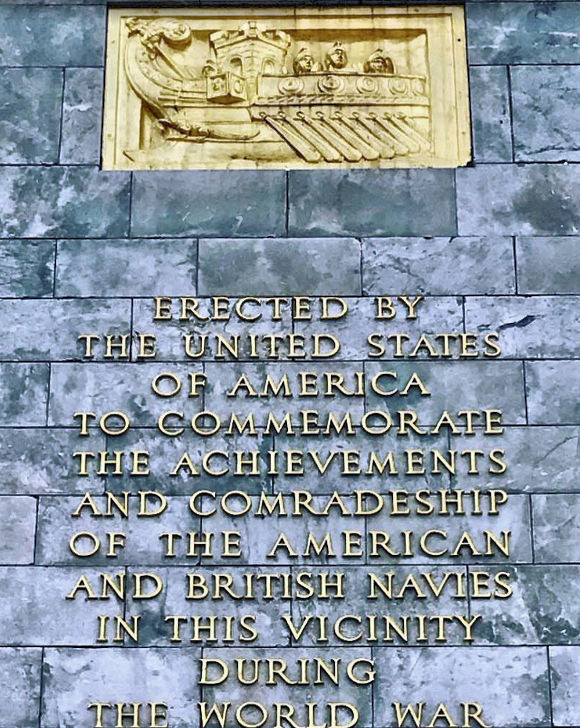 In the five months ending June 30, 1917, German submarines had accomplished the destruction of more than three and one quarter million tons of Allied shipping.

The U.S. Navy cooperated with the Royal Navy and other navies in fighting the submarine menace. Gibraltar was one of its major bases. The Navy’s Patrol Force operated there from August 1917 until after the Armistice of 11 November 1918. Its ships included cruisers, destroyers, Coast Guard cutters, and submarine chasers.

The ships attacked German submarines and escorted convoys to and from ports in France and Great Britain. During July and August 1918, the Patrol Force escorted 25 percent of all Mediterranean convoys to French ports and 70 percent of all convoys to English ports from the vicinity of Gibraltar. General Pershing paid tribute to the Navy’s performance in his 1919 final report. He said:

To our sister service we owe the safe arrival of our armies and their supplies. It is most gratifying to record that there has never been such perfect understanding between these two branches of the service.