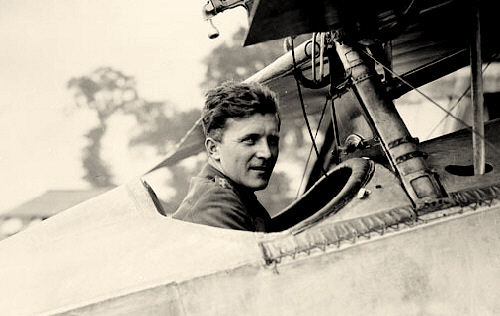 Billy Bishop is widely known as the top Canadian flying ace of the First World War, boasting 72 victories and numerous accolades including the Victoria Cross. He was an Air Marshal and the recipient of many medals. During the Second World War, he was a key player in the implementation of the British Commonwealth Air Training Plan.

William Avery (Billy) Bishop was born in Owen Sound, Ontario on 8 February 1894. He was 20 years old when the war broke out in 1914. As a youth, Bishop had a reputation as a bit of a scrapper. He shied away from team sports, preferring solo endeavors like swimming, horse riding, and shooting. Foreshadowing his future love of flying, as a 15-year-old he flew a makeshift "aircraft." Made from bed sheets, wooden crates and string, he tried to fly it off the third story of his house.

Even though he was not much of a student, he attended the Royal Military College in Kingston. He had a range of reported efforts—working hard, a bit of failing, and some cheating.

In 1914, he joined the Mississauga Horse cavalry regiment, and later transferred to the 7th Canadian Mounted Rifles. Frustrated with the mud of the trenches, he requested yet another transfer to the Royal Flying Corps. He figured the war would be much cleaner in the air.

Even though Bishop had displayed great capabilities on the firing range and was very good with a gun, he rode along as an observer at first. However, he showed a talent for taking aerial photographs, and he soon began training others. On his first mission, he acted as an aerial spotter for British artillery. He continued to work on reconnaissance missions and bombing flights without ever firing a gun.

After he injured his knee during a flight and his father suffered a stroke, he was sent home to Canada to recuperate. With the help of some influential friends he made during this hiatus, he was accepted for training as a pilot at the Central Flying School. Soon after receiving his wings, he had a crash landing resulting in an order to retrain. Luckily, Major Alan Scott vouched for him, and by chance, the very next day he saw his first victory, shooting down a German plane. They let him stay, and as luck would have it, the very next day he saw his second victory.

Bishop was often allowed to go on solo missions, deep into enemy territory. With his uncompromising approach, Bishop racked up his victories, becoming an ace. He got the nicknames "Hell's handmaiden" and "the Greatest English Scouting Ace" from the Germans. He specialized in the surprise attack, with victory after victory. He was awarded the Military Cross for his participation in the Battle of Vimy Ridge.

The enemy put a bounty on Bishop's head, yet he pushed on to acquire the Distinguished Service Order and Bar, the Distinguished Flying Cross, as well as the Victoria Cross. He was considered one of the top flying aces of the war.

While on leave to Canada, he married his long-term fiancée, Margaret Eaton Burden, and wrote his autobiography, Winged Warfare. When he returned to Europe, he was promoted to major and given command of No. 85 Squadron, "The Flying Foxes." 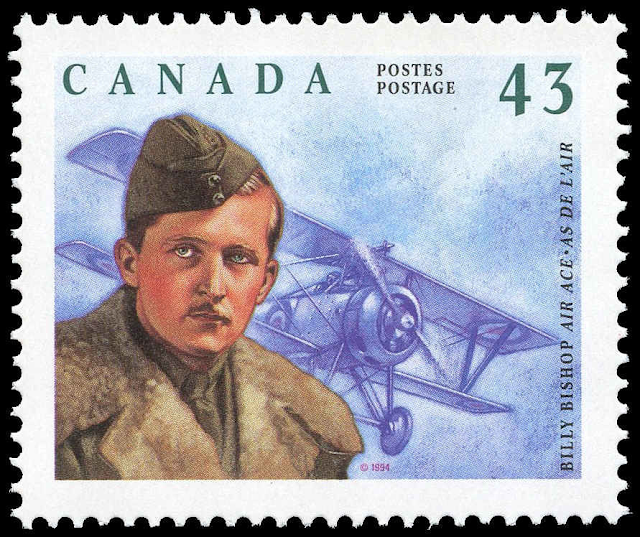 Billy Bishop had become an integral character/story in Canadian recruitment efforts. There began to be worry about what would happen to morale on the home front should something happen to him. He was moved and promoted to lieutenant-colonel. By the time the war ended, he claimed 72 air victories. Some historians believe the total could be lower. He seemed to have a tradition of circumventing the rules. Often victories were attributed in the absence of the usual need for witnesses, etc.

During the Second World War he was appointed the first Canadian Air Marshal. He served as the Director of the Royal Canadian Air Force in charge of recruitment, a task he did remarkably well. This resulted in an overflow of applicants.

Bishop went on to explore various business interests, mostly connected to aviation, and spent most of his remaining days between England and Canada. With the wars taking a great toll on his health, he died in 1956. Bishop and his wife, Margaret, had a son, William, and daughter, Margaret, both of whom went on to be excellent aviators in their own right.

Bishop is memorialized in streets, roadways, parks, a mountain, buildings, airports, and the list goes on. He also boasts a long list of medals and honors.