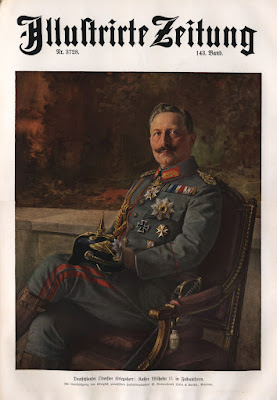 I command that unlimited U-boat warfare begin on February 1 with all possible vigor. You will please take all necessary measures immediately but in such a way that our intention does not become apparent to the enemy and to neutrals in advance. Basic operational plans are to be laid before me.
Wilhelm II, 9 January 1917

The decision to initiate unrestricted U-boat warfare, implemented by Germany on 1 February 1917, was one of the most fateful of the 20th century. In hindsight, it was clearly a grave error by Kaiser Wilhelm II and his advisers. The decision followed a long and acrimonious debate involving all sectors of German society. There was great disagreement down to the final hour, especially regarding breaking existing international law and potentially provoking the United States into joining the war on the side of the Allies.

It was an end to the war through military victory and a German-directed peace (Siegfrieden). The key to their ambitions lay with U-boats loosed to pursue unrestricted submarine warfare. Better to play all or nothing in a single decisive action. The U-boat would win the war.

The decision was kept secret and America was not notified until the last day of January, the eve of the start of the new strategy. The government-to-government note read in part:

Since the attempts to come to an understanding with the Entente Powers have been answered by the latter with the announcement of an intensified continuation of the war, the Imperial Government—in order to serve the welfare of mankind in a higher sense and not to wrong its own people—is now compelled to continue the fight for existence, again forced upon it, with the full employment of all the weapons which are at its disposal.

Sincerely trusting that the people and the Government of the United States will understand the motives for this decision and its necessity, the Imperial Government hopes that the United States may view the new situation from the lofty heights of impartiality, and assist, on their part, to prevent further misery and unavoidable sacrifice of human life. Enclosing two memoranda regarding the details of the contemplated military measures at sea, I remain, etc.
Delivered to Secretary of State Lansing
31 January 1917

Source: Over the Top: Magazine of the World War I Centennial, November 2016