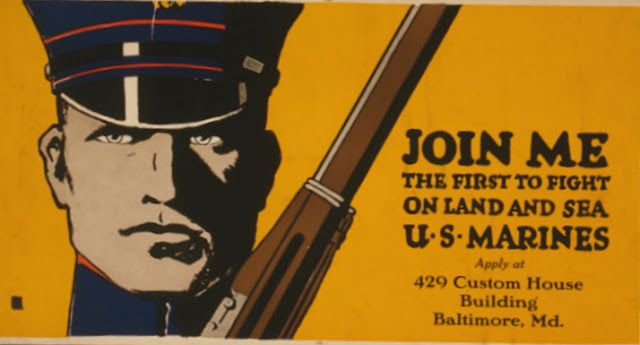 George is survived by his wife of 63 years, Jeanne; four children; four great-grandchildren; and one great-great-grandchild. George was the son of James B. and Alice L. Clark of Providence, RI. He joined the U.S. Marines during WWII just out of high school and served in the U.S. Army during the Korean War. For many years he administered grants, contracts, and patents for Brown University and the University of Massachusetts Medical School in Worcester. After retiring, he wrote history prolifically,  mainly on U.S. Marine history.

George's books on the Marines in the Great War are the most thoroughly researched and readable that are available. A selection of three of his works that focus on the Marine Corps experience in the war are displayed below. (Click on the links to learn about the books in detail.) His works are at times very critical of the 2nd Division's high command as well as AEF GHQ, for repeatedly assigning the Marine Brigade's parent 2nd Division to predictably high-casualty-producing operations like Belleau Wood, Soissons, and Blanc Mont. George loved the Corps and all Marines, though.