What World War I Medal Has General Pershing on It? 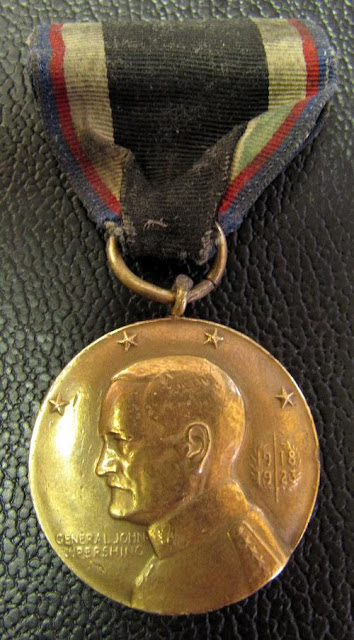 The medal was primarily created due to the rising tension with Germany, between 1939 and 1941, and also as a means to honor the World War I service of General of the Armies John J. Pershing.

The medal was designed by Mr. T. A. Rovelstad, Heraldic Division, Office of the Quartermaster General, in June 1942, and was approved by the Secretary of War on 8 July 1942.

It is bronze and 1.25 inches in diameter. On the obverse is a profile of General John J. Pershing, circled by four stars indicating his insignia of grade as Commanding General of the Field Forces. In the lower left is the inscription “GENERAL JOHN J. PERSHING” and on the right is a laurel wreath superimposed by a sword with the dates “1918” and “1923” enclosed by the wreath. 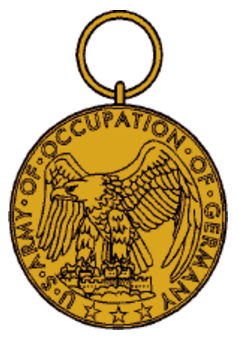 The reverse shows the American eagle perched with outspread wings standing on the Castle Ehrenbreitstein, encircled by the words “U.S. ARMY OF OCCUPATION OF GERMANY” and three stars at the bottom of the medal.