The Troops Must Be Fed! 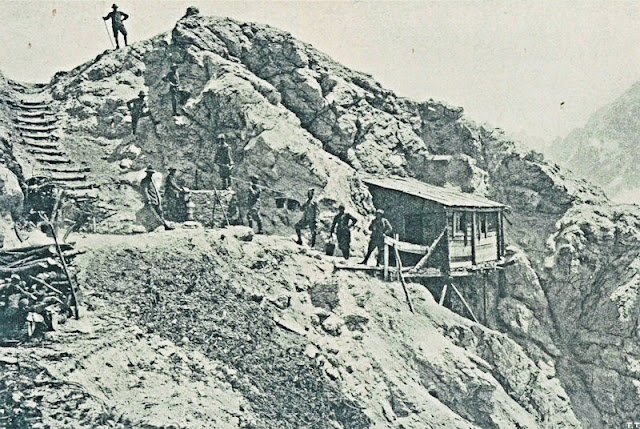 The Italian Army photograph above tells quite a story. It shows a field kitchen at 6,000-foot altitude in the Dolomite Alps. It is built cantilever-style on the side of a cliff. The latest meal has been placed in pails to be carried, suspended on each end of a pole, by the members of the ration party that's preparing to depart for mountaintop trenches, such as those shown below. 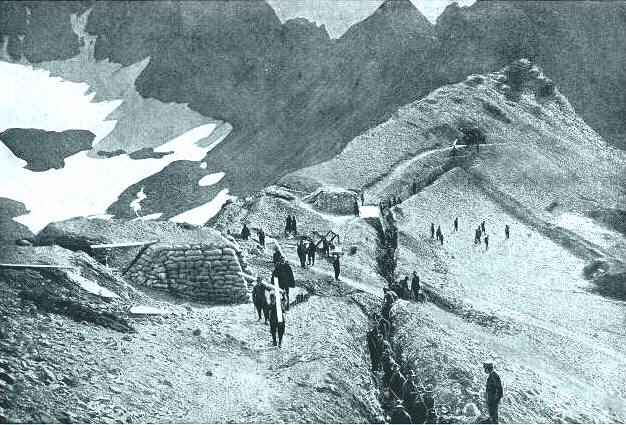 Now consider this: both of these photos were taken in the summer. Using your imagination, superimpose snow, ice, wind, and shivering temperatures on these scenes. Even in that extreme environment, the food had to be cooked and delivered to the troops.