Titanic's Sister and Cousin Ships in the Great War 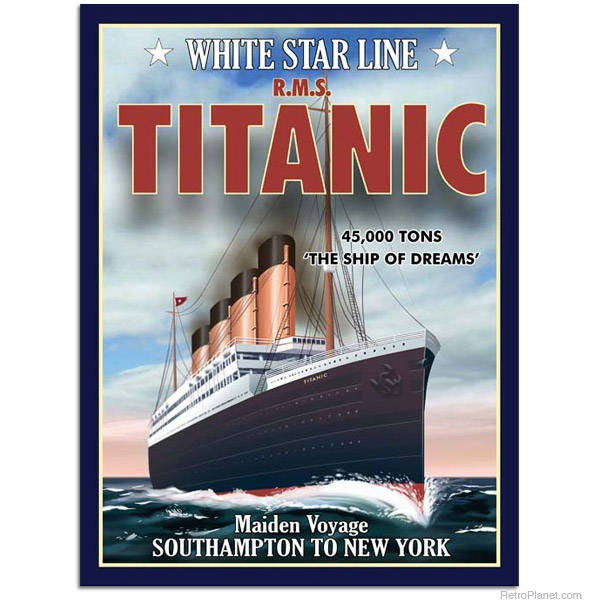 1. The Titanic's sister ship Olympic carried troops in the war and had some notable adventures including rescuing survivors of the sinking British battleship HMS Audacious, which had struck a mine, and later ramming and sinking a German submarine

2.  During the Great War, the Titanic's slightly larger sister ship, RMS Britannic, was converted to HMHS Britannic—His Majesty's Hospital Ship. On her way to Lemnos to pick up 3,600 wounded men, she either struck a landmine planted by U-73 and U-103 on 24 April 1918 or she was torpedoed. At the time, many of her portholes were open. Scientists are certain that is why she sank in about 55 minutes. Besides Britannic, the White Star Line had six of its ships sunk and two damaged by U-boats during the Great War.

3. The Titanic's rescue ship, RMS Carpathia, was in a convoy in July 1918 when attacked and sunk by U-55. All of the 57 passengers were saved, and of the crew of 223 five died in the explosion caused by the second torpedo. America's Last Doughboy, Frank Buckles, had sailed for England on an earlier voyage of the Carpathia.

4. Captain Arthur Rostron of the Carpathia during the Titanic rescue, later captained the Lusitania, and commanded the troopship Aulania at Gallipoli. He subsequently commanded a number of naval
transports.

5. SS Californian, which missed the Titanic's rescue signal when only ten miles away from the stricken liner, was sunk 9 November 1915, while en route from Salonika to Marseilles by German submarine U-35, with the loss of one life.

6. On 14 April 1912 SS Amerika of the Hamburg line was several hours ahead of the Titanic on its
transatlantic run. The Amerika sent a Marconi system wireless reporting icebergs. Several hours later, Titanic struck an iceberg in the same area. In 1914, the Amerika was interned by the United States and later seized and converted to a troopship, USS America, for the duration. Her war service included an accidental sinking at her pier and her raising and return to service, which included a serious influenza outbreak on one voyage.