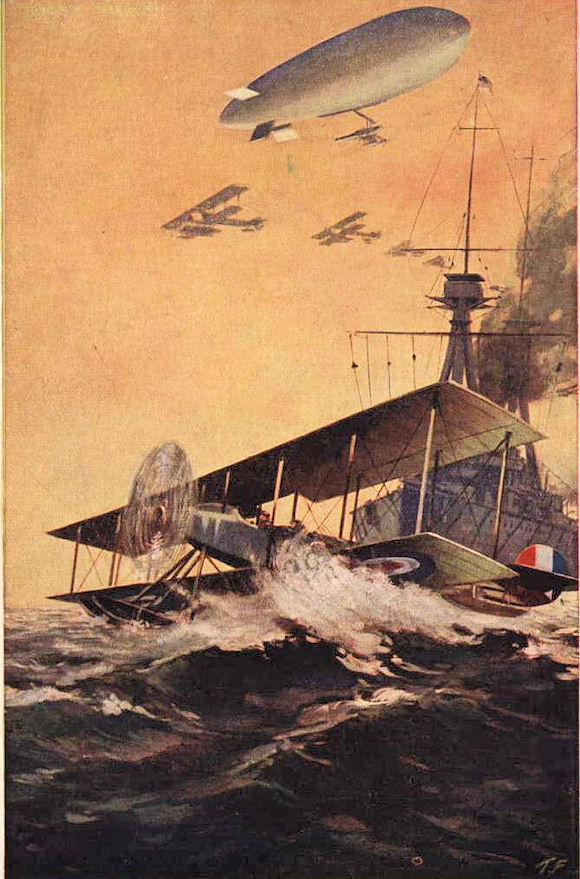 A. Historical Background: The Classical Analysis of  Strategy


Navies have always been capital intensive. What is more, the capital goods most used by navies have always had extraordinarily long lives, at least so far as wear-out and obsolescence govern. Thus it was inevitable, when the industrial revolution began to engender rapid technological changes in capital goods generally, that those responsible for naval capital procurements should become deeply concerned about the impact of technology on naval forces. The events of the ensuing 150 years have done nothing to abate that concern.

How would naval warfare be shaped by steam propulsion? What about the ram bow, breech-loading guns, torpedoes, the dynamite gun, zeppelins, airplanes? Each invention was greeted by a claque, proclaiming that here at last was the ultimate weapon which would sweep all before it and change the
nature of war at sea beyond all recognition. Others, with equal certitude, scoffed that the invention was unworkable and would exert no positive influence.

Mahan and Corbett, and a few followers, attempted to divine the prospect for naval warfare through rational analysis: deducing the basic, unchanging principles of naval war through historical study and logical reflection and applying them to the mutable conditions. In general they were far more successful at deducing principles than at applying them in altered circumstances, frequently due to inadequate grasp of the technological possibilities. But this is not in itself an impeachment of the effort to apply rational analysis to the problem of predicting technology’s impact on naval warfare.
As for principles, the judgement of strategic theorists, naval and military, may fairly be summed by B. H. Liddell Hart’s aphorism: "The principles of war, not merely one principle, can be condensed into a single word–'concentration'." Practitioners have expressed the same view in different terms, as in Napoleon’s dictum that, "The art of war consists in always having more forces than the adversary, even with an army weaker than his, at the point where one is attacking or being attacked." In this classical analysis of strategy the principal determinant of victory was the relative strength of the forces at the point of contact; the business of the commander was to ensure that his strength was superior at the point of contact or, conversely, to ensure that contact occurred only where his strength was the greater.

The classical theory served well enough (in the sense that it seemed to match the observed actions of talented and successful commanders) for most of the history of warfare. It was undermined when rapid technological change started to bring forces of unlike equipment into contact with accelerating frequency. Given unlike forces, how should strength be measured? Specifically, how might one rationalize numbers with firepower? For it seemed to most that the effects of technology were seen principally in the growth of firepower. The problem was by no means unprecedented: advances such as shock cavalry and individual missile weapons had posed it, in other forms, to previous generations. But the scientific revolution had brought new tools of analysis and in 1916 an English engineer and aeronautical theorist named F. W. Lanchester, seeking to rationalize the airplane’s place in warfare, applied them.

Lanchester analyzed two cases. In the first, it is assumed that two forces fight a general engagement in which each unit is able to direct its fire at any unit of the opposing force. Lanchester’s Square Law states that, under such conditions, fighting strength (measured by ability to inflict casualties) will be proportional to the product of the ratio of the fighting values (in essence, firepower) of the two forces and the ratio of the squares of their numbers. Thus if the two forces are of equal numbers but each unit of A’s force can deliver twice as much aimed fire as each unit of B’s then fighting strength will be 2:1 in A’s favor. But with equal unit fighting value, a force with twice the numbers will enjoy a 4:1 advantage. In the case of what Lanchester called the Linear Law it is assumed that circumstances permit only un-aimed area fire, or only one-to-one combats between individual units. Here, Lanchester showed, fighting strength is simply proportional to the product of the ratios of the fighting values and the numbers engaged. Thus in a Linear Law case an inferiority by, say, a factor of two in numbers could be made good by a like superiority in firepower per unit; in the Square Law case a two-fold inferiority in numbers could only be balanced by a four-fold firepower advantage.

Lanchester bolstered the credibility of his Square Law by applying it to Nelson’s tactical scheme at Trafalgar, showing that Nelson’s plans were precisely those of a commander trying to optimize under the Square Law, and that the results were entirely consistent with the theory. But Lanchester did not present any real statistical evidence to support his theory, and indeed, very little relevant evidence of any sort was available in 1916. Half a century later, however, with a considerable body of statistics about a broad  O'Neil Technology and Naval War  spectrum of land combats in hand, doubts began to spread. In truth, very few of these combats showed anything at all like Square Law behavior. To the extent that there was any discernible regularity in the data at all, the Linear Law seemed to provide the better fit. But neither model fitted well. These discoveries have been widely interpreted as discrediting the Lanchester theory of combat. Yet the theory can not possibly be wrong in the usual sense: Lanchester’s mathematics were, at least in this case, quite impeccable. What is wrong is the assumption that it will always, or even usually, be possible to achieve the kind of concentration of fire that lies at the heart of the Square Law.

C. A Reification of Lanchester’s Concepts, Taking Account of the Element of Choice in Fire Concentration

That battlefields are confusing places is, of course, proverbial. For most combat units, opportunities for deliberate, aimed fire are infrequent. Under such conditions it is scarcely surprising that combat results do not conform to the Square Law. More surprising is that anyone ever supposed they would. Actually, Lanchester (who was an extraordinarily clever man) seems never to have entertained any illusions that the ordinary run of land combats would conform to his Square Law. It must have seemed very natural in 1916 to suppose that the clearer, cleaner arena of air combat would permit a great measure of concentration of fire; indeed, it still seems so to many people.

Where Lanchester may perhaps be faulted is on his failure to carry through fully with his theories. He had already hypothesized that Nelson, who probably did not know what differential equations were and almost certainly had not used them for tactical analysis, had nevertheless possessed a very perfect and exact understanding of the implications of concentration under Square Law conditions. Was it not reasonable to go on to assume that even a commander of lesser genius would see that to allow the enemy freedom to fire deliberately and selectively at his force would be undesirable, particularly if the enemy already had a numerical edge? And did this not imply that commanders would always seek to vitiate the essential condition for the operation of the Square Law by making it difficult for the enemy to concentrate his fire?

A really clever commander, of course, may go a stage beyond this, arranging to permit his units to concentrate their fire while forcing the enemy to fire blind. This is the essence of a well-conducted ambush for instance. This is a case not analyzed by Lanchester, but his methods may be used to show that in such a mixed Square-Linear situation the larger force may easily be destroyed by the smaller.

In extending Lanchester’s analysis to consider explicitly the whole range of possible relative abilities to selectively and deliberately direct fire at individual enemy units–and the impact of strategic and tactical choice upon those abilities—we cast the whole question of concentration in an entirely different light. In the classical view, what counted was numbers at the point of contact. Lanchester’s original formulation amended this to include firepower as well as numbers, with the relationship between them determined (from among two possible cases) by the circumstances of the combat. Now we can envision many possible relationships, chosen by circumstances much within the control of the commanders. Moreover, in certain of these circumstances it is possible in theory (as we know it to be in truth) for a force inferior both in numbers and firepower to defeat one superior.

In one sense we have now come full circle to another doctrine of classical military thought: that everything depends upon the commander. But this extended Lanchester theory has important specific implications about the nature and limits of effective command. Specifically, the crucial task of the commander is to order things so as to minimize the enemy’s opportunities for accurate, selective fire and to maximize his own. With sufficient advantage in fire concentration he may overcome any given discrepancy in numbers and firepower. But the greater the discrepancy in numbers and firepower, the greater will be the advantage in fire concentration necessary to prevail, and the greater the penalty if the necessary advantage is not achieved.

Lanchester’s methods can be used to give this argument a mathematical form. But the resulting equations, like Lanchester’s, contain parameters which can not independently be estimated for any particular combat. With the addition of an infinite range of possibilities for fire concentration, and with fire concentration entering as a dominant independent element, the possibility of statistical validation of the extended Lanchester theory seems to vanish. Pending a possible future quantification and independent measurement of the relative ability to concentrate fire, those who seek empirical confirmation or denial of this extended Lanchester analysis will have to content themselves, as Lanchester did, with examinations of particular cases.