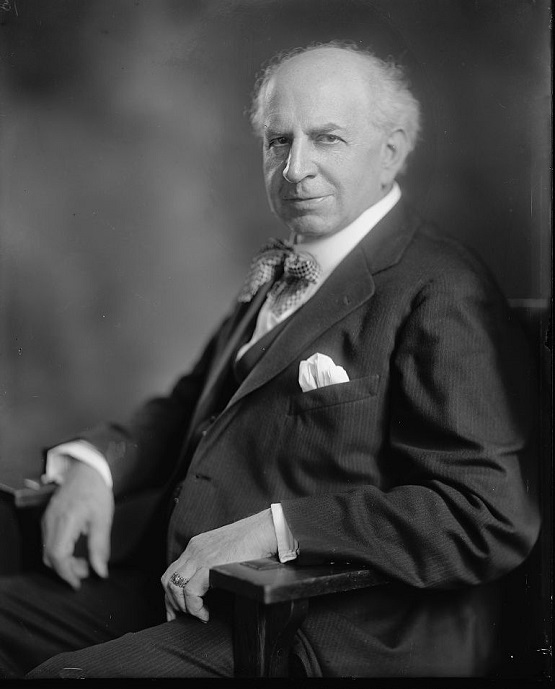 Julius Kahn (28 Feb 1861–18 Dec 1924) was a United States Congressman who was succeeded by his wife Florence Prag Kahn after his death. Kahn was born in Kuppenheim, in the Grand Duchy of Baden, in what would become Germany.

He immigrated to the United States with his parents, who settled in California in 1866. He initially made his living as a stage actor, but after studying law in San Francisco, he was elected a member of the State Assembly in 1892 and admitted to the bar in January 1894.

At the time of his death, his wife, Florence Prag Kahn, succeeded him in Congress and served
until 1937. Both he and his wife were strong supporters of naval aviation and are credited with helping create the carrier task forces that were decisive in the Pacific Theater in WWII.

One hundred years later, Kahn has been in some political disfavor in San Francisco due to his sponsorship of the Chinese Exclusion Act of 1902. An attempt is being made to remove his name from a City and County playground named in his honor.