A Destiny of Undying Greatness: Kiffin Rockwell and the Boys Who Remembered Lafayettee 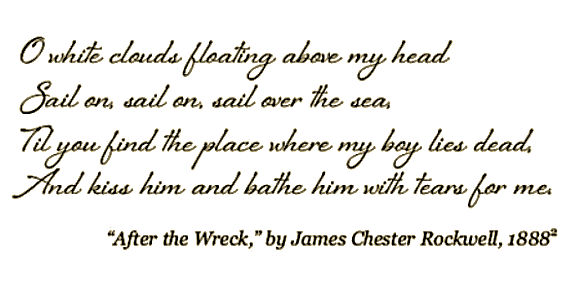 As students of the First World War know, well before the United States entered the war, some American men made their way to Canada, England, and France to enlist and serve in the fight against the Central Powers. Perhaps the most famous unit of such men is the fabled Lafayette Escadrille, the French squadron composed of Americans who had enlisted in the French army. One of the members of this squadron was Kiffin Rockwell, a young man from South Carolina who sought to repay a debt that he felt the United States owed to France for her support of our own revolution. In this book, first-time author and Chicago lawyer Mark Trapp tells the story of Kiffin, his older brother Paul, and many other young men who didn’t forget France in her time of need. The names of many of the men whose stories are in the book will be familiar to some readers. Alan Seeger, Norman Prince, Victor Chapman, Bert Hall, and William Thaw were among the men who volunteered to serve France, and they all appear in these pages in varying degrees.

Trapp begins with a lengthy account of the Rockwells’ family history before getting into their involvement in World War I. In August 1914, Kiffin and Paul were among the first Americans to travel to France and enlist in the Foreign Legion. In the ensuing pages, the author describes in detail the exploits of these men and their compatriots.

There is not a lot of operational or strategic level history of the war included in the book. Rather, it covers the activities of the men, often juggling several concurrent threads that weave through their lives, to present, more or less, a history of these men at war. A Destiny of Undying Greatness is crammed with anecdotes and snippets, gleaned from the letters and diaries of the participants, which illuminate their activities and give us a flavor of the war from their vantage point. Trapp traces Kiffin Rockwell and several of the men as they progress from enlistment, through training, to combat in the trenches (for some of them), and then through their transition to the French air service. Although Rockwell and some of the others are best known as pilots, its more than 200 pages before we read of any of them flying, and Rockwell doesn’t take to the air until page 312.

Things weren’t all rosy for the Americans. Indeed, their first real direct engagement in ground combat, which was a relatively minor German patrol action against a small French outpost, resulted in what both Kiffin and fellow American Frederick W. Zinn regarded as utter failure on their part, but the men learned and saw their share of action. Kiffin was himself wounded in the thigh in May 1915. Shortly after his return from the hospital, Kiffin was transferred to the French air service. .

Students of the Great War will enjoy reading about the men’s experiences, both in the trenches and in the air. Trapp reports such things as fistfights between the men in the Foreign Legion, visits to Paris on leave, grousing about decorations and recognition, and the experience of being under aerial bombardment while at their own aerodrome. The author reminds us that for Americans to travel to Europe to enlist in the armed forces of France during this time was by no means routine. There was some question as to whether these men had forfeited their American citizenship by doing so. When several of the men traveled to the United States during the 1915 Christmas season, there were calls from some pro-German quarters to have the men interned as belligerent soldiers in a neutral country. Trapp covers the correspondence with the State Department and the comments by the men; the end result was that the men were not interned and returned to France after the holidays.

After the formation of the Lafayette Escadrille, Rockwell scored the squadron’s first official kill when he shot down a German two-seater L.V.G. on 18 May 1916. Other members soon followed suit, and the squadron became quite successful. There are some choice nuggets here for Great War aviation enthusiasts. For example, Trapp quotes a pilot’s description of changing out the ammo drum of a Lewis machine gun while in flight. Reading this, one wonders how these men managed to survive such an undertaking while in combat. On 23 September 1916, Kiffin was shot down and killed during a fight with a German two-seat reconnaissance aircraft.

Forty-five photographs and illustrations enhance the text and give us a good visual orientation of the men and times. The author’s end notes—127 pages of them—provide much additional information and will aid those who wish to read more about these subjects. There is no index, and this is an obvious drawback to such a book as this. Trapp used numerous important primary sources that have enabled him to write this comprehensive volume. Although some readers might be put off by the depth of coverage, those who wish to learn about Rockwell and other Americans in the French armed forces will enjoy the book.

Kiffin Rockwell and the other men in this book were products of their times, with all the attendant flaws associated with the times and with humanity. As Trapp notes, this is not a hagiography. Still, it’s worth quoting part of Trapp’s closing paragraphs at some length:

"What has happened to our nation in the past hundred years? Today, many American youth would not even fight for their own country, much less another—although perhaps they could be roused to post a hash tag. Masculinity is now scorned as “toxic” and, especially among the so-called elite—the college-educated, the wealthy, and politically connected—the concept of repaying a debt to those who made their own nation and freedom possible is unthinkable. Little wonder, for among much of this crowd, the thought of American exceptionalism is anathema, and words like duty, honor, and sacrifice merely outdated concepts in unread history books." (pp. 573–74)

Of course, this is a generalization, and the point can be argued. Trapp closes with the hope that he has told their story in a manner worthy of their “higher ideals, nobler aspirations, and unwavering patriotism” (p. 574). In this, Trapp has succeeded.