Nationalism, military alliances, economic rivalry, and political pride had meanwhile thrust Europe into war in 1914. America declared war on Germany in April 1917 when efforts to stay neutral failed. Amid patriotic fervor, Minnesotans enlisted by the thousands and were soon joined by draftees. The Minnesota National Guard embarked for Camp Cody, New Mexico, to become part of a new Thirty-fourth Division, although its artillery regiment, re-designated as the 151st Field Artillery, went to the Forty-second “Rainbow” Division. A Minnesota Home Guard was organized to temporarily replace its National Guard. Most Minnesota draftees were sent to Camp Dodge, Iowa, where they were assigned to different units. Fort Snelling trained officers and became a processing center for inductees.

Minnesota citizens also mobilized. The Minnesota Commission of Public Safety declared the conflict to be “everybody’s war” and used its powerful authority to ensure an all-out, unified effort on the home front. But there was a dark side, too. Congress passed laws making disloyalty illegal, and the Commission heartily enforced them. It silenced dissent, vilified German immigrants, and encouraged neighbors to root out “slackers” and “enemy sympathizers” by reporting on one another. Minnesotans of German descent, who were the largest ethnic minority group in the state at the time, were required to register as alien enemies and carry their registration card with them at all times.  Many people were concerned that, because of the German Americans' ethnic heritage, they would side with the enemy power.

America’s timely infusion of troops and resources tipped the balance, bringing Allied victory in November 1918. By then, Minnesota had sent 118,500 residents into the armed services, with 57,400 of them overseas in France. The 151st Field Artilley—nicknamed the “Gopher Gunners”—was the only truly Minnesota combat unit to see action on the front, where it fought with great distinction. It received a tumultuous welcome upon returning home in May 1919. Sadly, 2,133 Minnesota servicemen didn’t live to make it home; of these, 60 percent died from disease, most stemming from the 1918 flu pandemic. 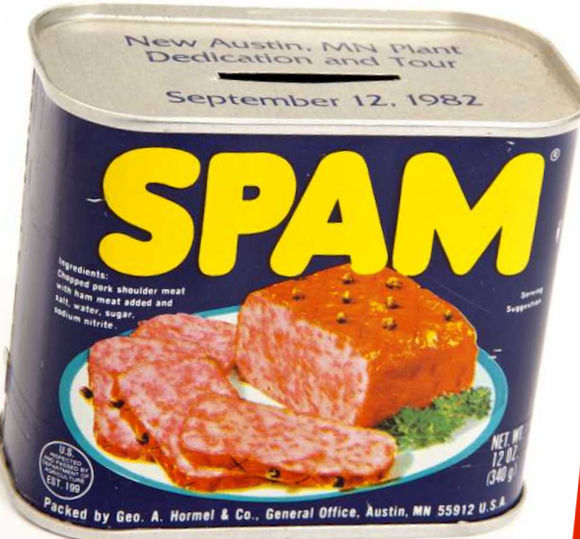 Minnesota's war experience yielded one of the world's most famous food products, SPAM.  The meat-packing company of George Hormel was based in Austin, Minnesota. George's son, Jay, was a determined supporter of the war and reported for duty with the Army as early as he could. Jay with his extensive experience with his father's business, was assigned to the Quartermaster Corps and was placed in charged of refrigerated warehousing in France. He wrestled long and hard with the problem of storing and preserving meat. Later, when he had taken charge of Hormel Meats—Jay led the development and delivery of a new meat product that would not need refrigeration. SPAM as first sold in 1937,  just in time for another war, which would make the new Hormel product world famous.

The war had not only demonstrated the lethal power of new weaponry, it also forever changed the social and political landscape. Monarchies fell. New countries were born. The U.S. emerged as a superpower. America’s economy (especially agriculture) thrived and manufacturing capacity grew, aiding unionism. Women’s involvement in the war effort helped them achieve suffrage in 1920. But the terrible war also bred disillusionment, undermining the international ideals espoused by President Wilson, and the nation reverted to isolationism. The army stagnated in the 1920s and 1930s, although Minnesota did open a new training site in 1931 for its National Guard at Camp Ripley.