As Lord Kitchener's November 1915 recommendation to evacuate Gallipoli was working its way through the government and command structure, the morale and health of the men on the peninsula took dramatic downturns.

A storm with freezing rain and snow struck the peninsula on 26 and 27 November. It was unexpected and proved severely punishing for the troops. Some of the men who had been sent for the August offensive were still attired in summer uniforms with shorts and pith helmets. George Hicks of the Newfoundland Regiment wrote home of the misery:

The sky grew dark, and suddenly the rain fell in torrents. The trenches were  flooded quickly and became rivers. Everyone was soaked to the skin. This rain was followed by sleet, and later the wind changed and became a northerly gale with frost.

Trenches experienced flash flooding and some men were drowned as they stood at their posts. Throughout the peninsula roughly 280 men died and 16,000 cases of frostbite and exposure were reported with 2,000 requiring evacuation to hospitals. Concurrently, a plague of dysentery was striking both sides at Gallipoli.  The majority of Allied forces—over 100,000 men—reported symptoms of extreme diarrhea and dehydration. As temperatures continued dropping, however, the cold killed the flies and with the flies gone, there was less chance of disease.

Johnny Turk, of course, suffered similarly. Mehmed Fasih, a Turkish officer at Gallipoli, noted in his diary at the same time, “I'm 21 years old. My hair and beard are already grey. My moustache is white. My face is wrinkled and my body is rotting. I can't bear these hardships and privations any more. . . Daydream about a happy family and nice kids. Will I live to see the day  when I have some?” 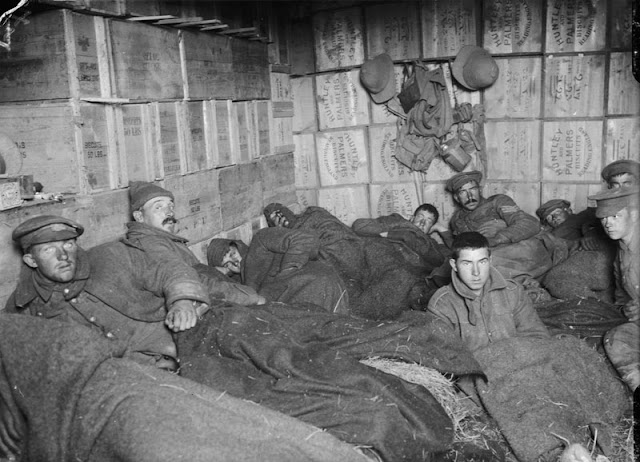 However, there was one hidden blessing for the Allies in the enemies' misfortune. Their nemesis at Gallipoli, Colonel Mustafa Kemal, was withdrawn from the campaign over his own health issues on 10 December. It is speculation, but it is quite easy to believe that his presence, given his remarkable combination of astuteness and luck, might have resulted in a much more painful withdrawal for the Allies.

Despite their suffering, though, the Allied fighting men wanted to carry on not at all over some intuition or knowledge about the strategic situation but due to their broadly held intense sense of loyalty to their fallen comrades. As Seaman Joseph Murray of the Royal Naval Division later wrote, "To desert our fallen comrades and sneak away in the dark without a fight is a revolting thing and the thought of it nauseates me."

On 7 December the British Cabinet approved the scheme to evacuate Suvla and Anzac.