The Centennial of the Unknown Soldier

Have a Happy and Reflective 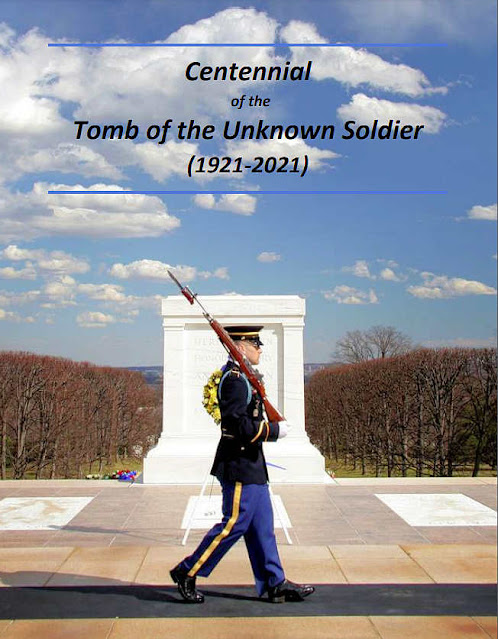 In December 1920, New York Congressman and World War I veteran Hamilton Fish, Jr. proposed legislation that provided for the interment of one unknown American soldier at a special tomb to be built in Arlington National Cemetery. The purpose of the legislation was “to bring home the body of an unknown American warrior who in himself represents no section, creed, or race in the late war and who typifies, moreover, the soul of America and the supreme sacrifice of her heroic dead.”
On 24 October 1921, in a ceremony in the French city of Châlons-en-Champagne, the unidentified soldier to be interred in the United States Tomb of the Unknown Soldier at Arlington National Cemetery was selected from four possible persons. Sgt. Edward F. Younger of Headquarters Company, 2nd Battalion, 50th Infantry, American Forces in Germany, was chosen to select the Unknown Soldier. Sgt. Younger selected the Unknown by placing a spray of white roses on one of the caskets. The chosen casket was then transported to Washington, DC, aboard the Navy cruiser USS Olympia, which experienced a hazardous journey across the Atlantic.  An estimated 90,000 visitors, including war mothers, Supreme Court justices, General Pershing, and ambassadors of foreign nations came to pay their respects. Upon arrival, the Unknown Soldier was taken to the Capitol Building. Those candidates remaining in France were interred in the Meuse-Argonne American Cemetery.
On 11 November 1921, the Unknown was placed on a horse-drawn caisson and carried in a procession through Washington, DC, and across the Potomac River. A state funeral was held at Arlington National Cemetery’s new Memorial Amphitheater, and the Unknown was interred in the Tomb of the Unknown Soldier. Nationwide, Americans observed two minutes of silence at the beginning of the ceremony. President Warren G. Harding officiated at the ceremony and placed the Medal of Honor, the nation’s highest military decoration, on the casket. Numerous foreign dignitaries also presented their nations’ highest awards.
Originally, the Tomb of the Unknown Soldier consisted of a simple marble slab. During its early years, thousands of visitors came to Arlington National Cemetery to mourn at the Tomb and to pay their respects to the Unknown Soldier and the military personnel he represented. The tombstone itself, designed by sculptor Thomas Hudson Jones, was not completed until 1932.
The tomb sarcophagus is decorated with three wreaths on each side panel (north and south). On the front (east), three figures represent Peace, Victory, and Valor. The back (west) features the inscription: “Here rests in honored glory an American soldier known but to God.” 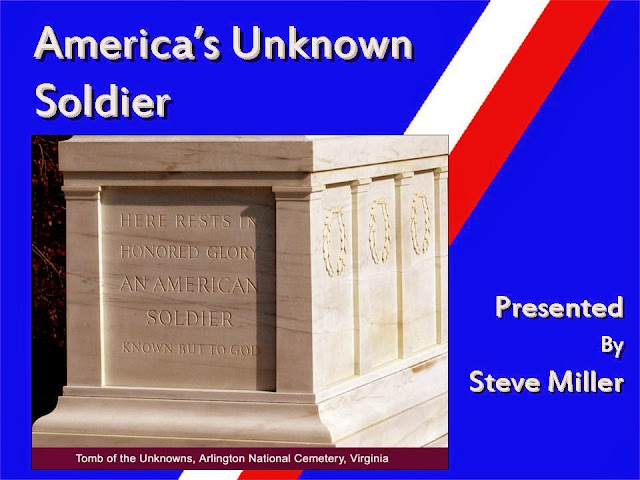 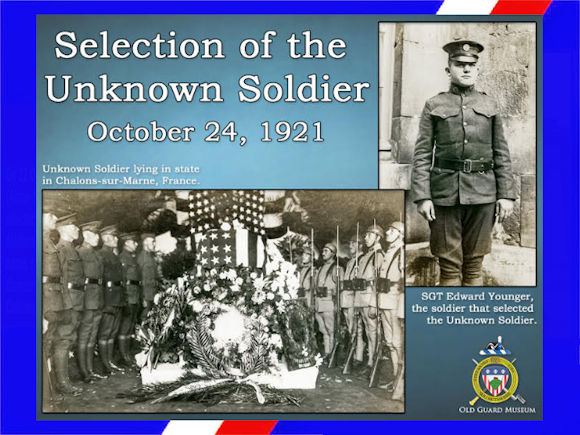 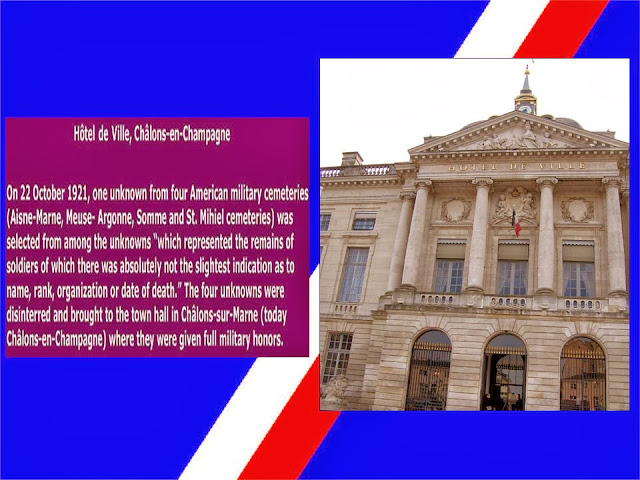 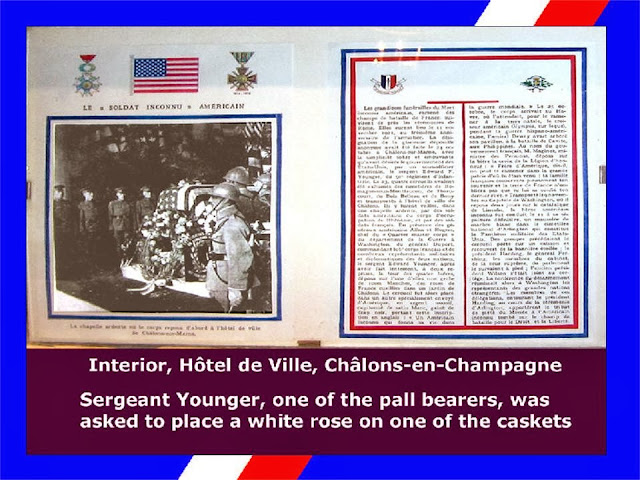 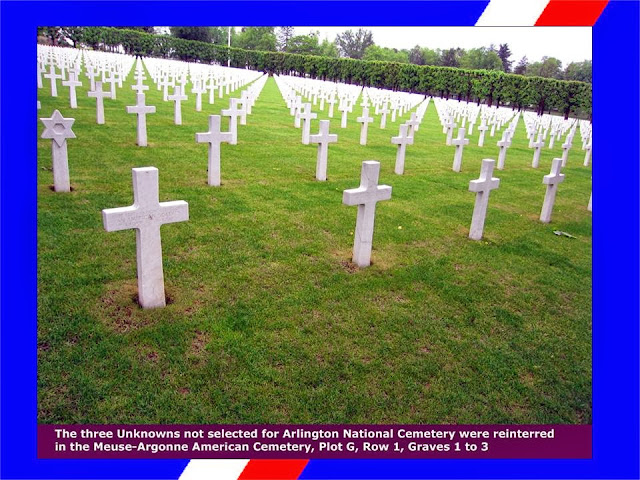 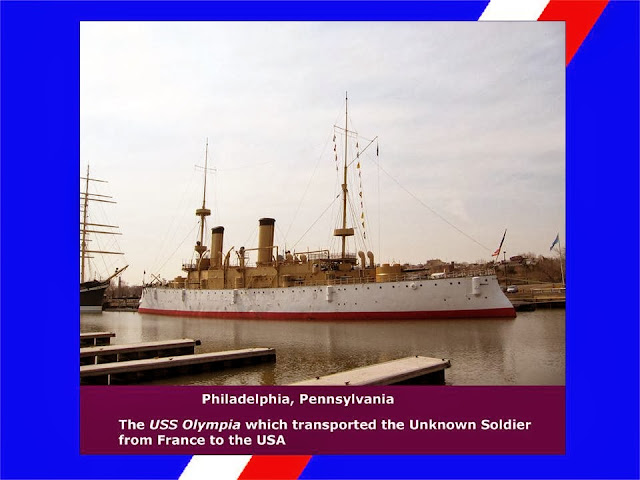 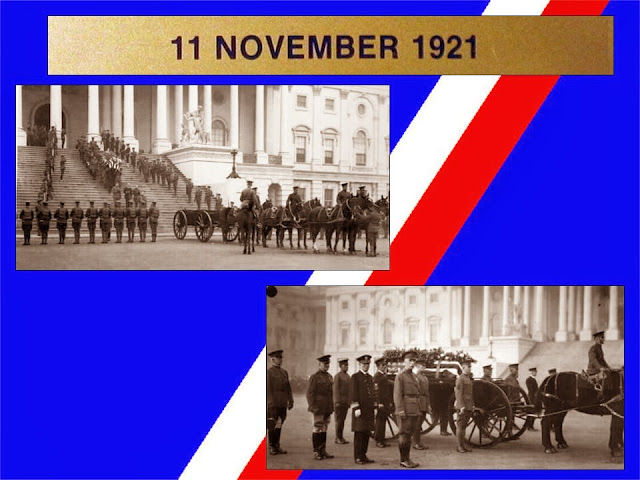 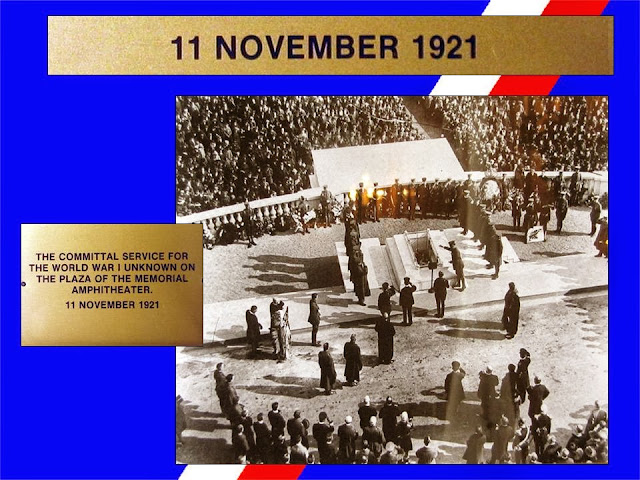 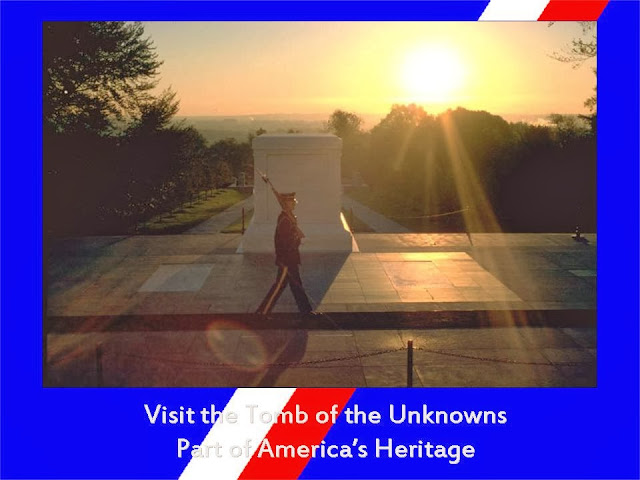