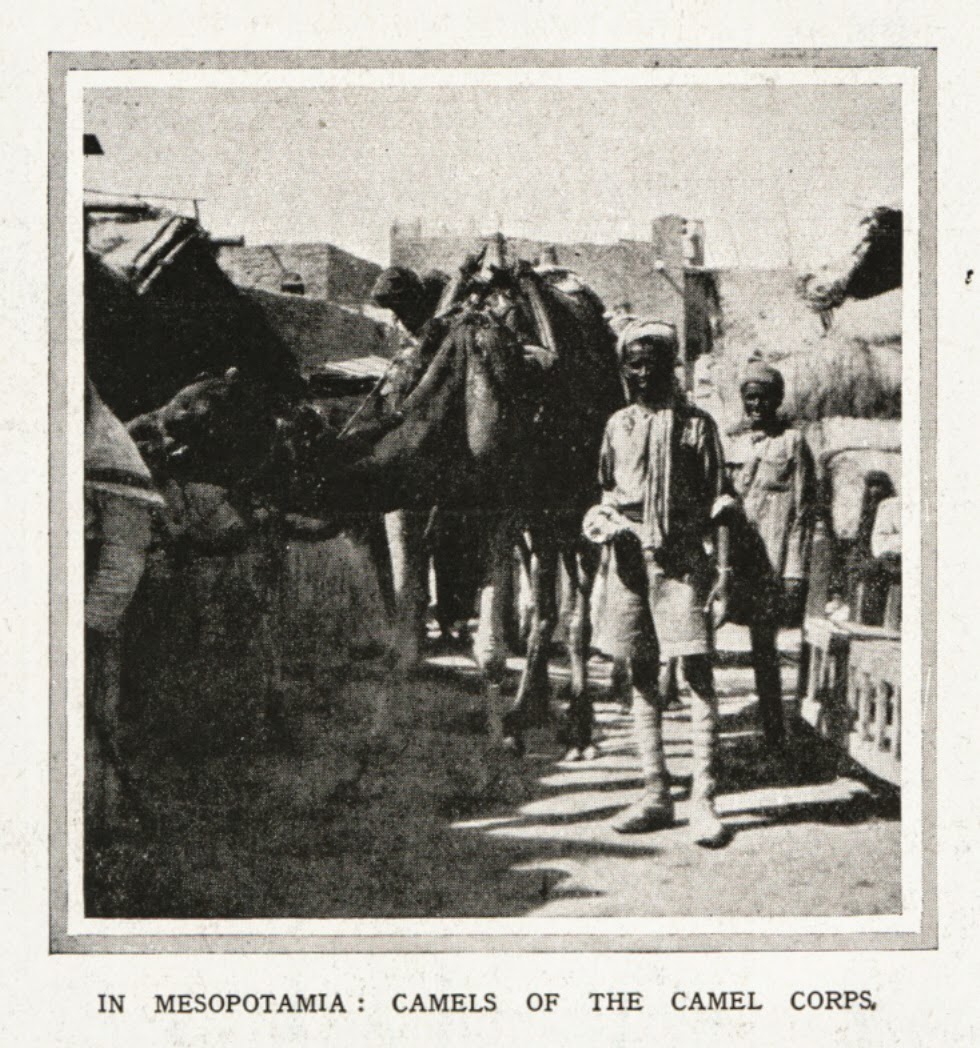 Turkey's entry into the war on 29 October 1914 immediately prompted Britain to open a new military front in the remote Ottoman province of Mesopotamia (present-day Iraq).


British and Indian troops, sent to the Persian Gulf in early November to protect British oil interests at Abadan, made rapid progress inland against weak Turkish resistance. In less than a month they had occupied the towns of Basra and Kurna, capturing more than 1,000 Turkish prisoners and losing just 65 of their own men.

Despite the unforgiving climate, British forces continued to march steadily up the River Tigris in 1915. By 28 September, under the leadership of General Charles Townshend, they had taken the town of Kut-al-Amara just 120 miles south of Mesopotamia's major city, Baghdad. Scornful British estimates of Turkish fighting capabilities seemed to be amply borne out by events — witness, for example, the timorous surrender of 2,000 Turkish soldiers to a tiny British advance force in the garrison town of Amara in June 1915.

The tide turned quickly, however, at the Battle of Ctesiphon (22–26 November 1915). Envisaged as a trouble-free prelude to the final march on Baghdad, it was a bloody affair, in which Turkish troops — under the command of  Yusef Nur-ed-Din — withstood heavy casualties to defeat Townshend's attacking forces. More than half of the 8,500 British and Indian troops who fought at Ctesiphon were killed or wounded. The survivors then endured a dangerous and exhausting retreat to Kut-al-Amara without decent medical or transport facilities.

Bolstered by 30,000 reinforcements, Turkish troops besieged Townshend's forces in Kut-al-Amara before the Allied troops could act on the British War Cabinet's advice to withdraw farther down the Tigris. The siege of Kut-al-Amara lasted 147 days, before the 11,800 British and Indian troops inside the garrison town finally surrendered on 29 April 1916.

Conditions during the siege were appalling. In bitterly cold weather and with little medical treatment, many of the soldiers did not survive the winter. Several attempts were made to relieve the besieged town, but they encountered stubborn Turkish resistance and all ended in failure. For instance, the relief force under the command of General Aylmer suffered heavy losses at  Hanna in January 1916 and at Dujaila two months later.

The surrender of Townshend's army in late April 1916 shocked people in Britain, for whom the Mesopotamia campaign had previously a distant — and largely successful — venture. Kitchener rushed to defend the honour of the British and Indian forces at Kut-al-Amara, but it was impossible to avoid the fact that — after the humiliating retreat at Gallipoli — Allied forces had suffered another defeat at the hands of the despised Turks.


While the surrender of Kut-al-Amara led in London to the creation of a parliamentary committee of enquiry into operations in Mesopotamia, far more horrific repercussions were taking place on the ground. Captured British and Indian soldiers were brutally treated on their march to Turkish prisoner-of-war camps in Anatolia. Of the 11,800 men who left Kut-al-Amara with their captors on 6 May 1916, 4,250 died either on their way to captivity or in the camps that awaited them at the journey's end.

Despite the setback at Kut-al-Amara, the British position in Mesopotamia was far from hopeless. Indeed, with reinforced troop divisions and a new leader in General F S Maude, British and Indian forces again advanced rapidly up the Tigris in early 1917.

Kut-al-Amara was recaptured on 24 February, and Ctesiphon, where the previous British advance had been checked in November 1915, was taken soon afterward. On 11 March, British troops finally entered Baghdad. The path was cleared for an advance into northern Mesopotamia, toward the heart of the Ottoman empire in Anatolia. When the war with Turkey ended on 30 October 1918, British forces in Mesopotamia had reached as far north as the oil-rich district of Mosul, which was captured on 3 November.

During the four years of fighting in the region, more than 31,000 officers and men from the British and Indian armies had died in combat or from disease.