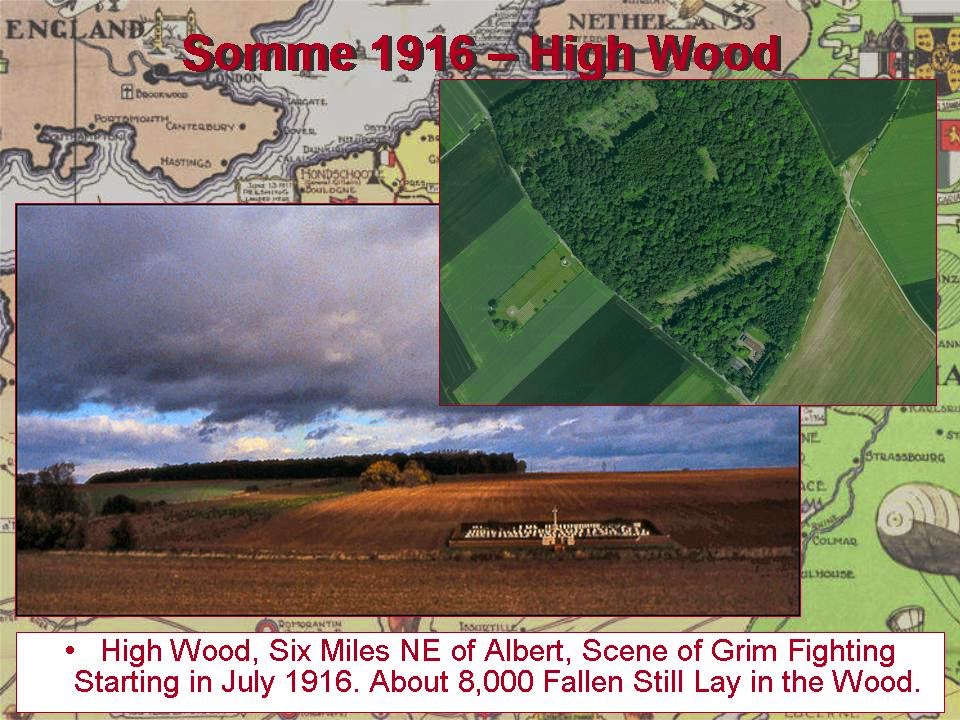 High Wood was the last of the major woods in the Somme offensive of 1916 to be captured by the British. Despite a whole series of attacks spanning two months, High Wood held out until 15 September 1916, when it was captured by the 47th (London) Division. Many other units of the British Army fought here, including the Gloucester Regiment, Cameron Highlanders, the Black Watch, Highland Light Infantry, and the Bengal Lancers, who charged the wood with some success. High Wood was never fully cleared after the war.