New Art Exhibit at the National World War I Museum 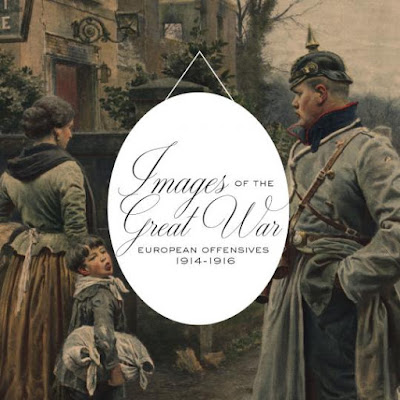 Just opened and on display until October is this exhibition focusing  on the art and events of the first two years of the Great War, beginning with the invasion of Belgium and the campaign on the Marne and concluding with the fruitless efforts of the Allies to break the stalemate on the Somme. This selection includes works by French, British, Italian, German, Dutch, Austrian, Turkish, and Swiss artists and is truly a visual representation of World War I from multiple perspectives.

The exhibition was organized by Brown University Library and The President Woodrow Wilson House, a National Trust Historic Site, Washington, D.C., curated by Peter Harrington and Stephanie Daugherty and sponsored by the Abend Family Philanthropic Fund. It is on display through 9 October 2016 at the:

Here are a few of the works to be seen: