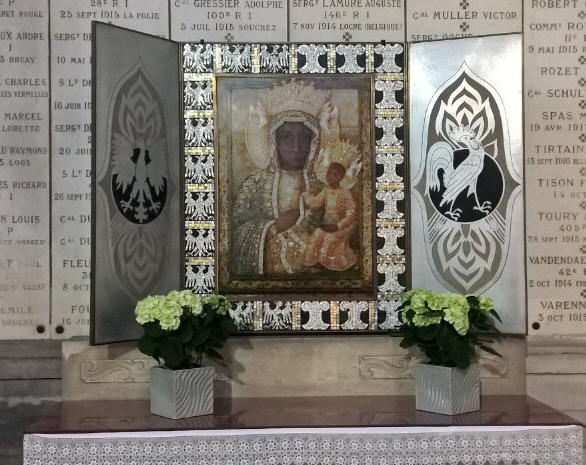 At one of my tours at the chapel of Notre Dame de Lorette, site of France's largest war cemetery, we discovered this Black Madonna. This was a reminder that the 20th-century battlefield was, from the 18th century, the site of an oratorio, a place of pilgrimage, and veneration for the Virgin. The "Black Madonnas," of which there are hundreds in Europe, according to some theories, were inspired by pre-Christian earth mother/goddess archetypes, like the Egyptian goddess Isis. This apparently is an icon of our Lady of Czestochowa, national symbol of Poland. Note this Madonna is bracketed by the Polish eagle and French coq. Recall that, in the aftermath of the war, France led military assistance to Poland in her victorious war against the Red Army.