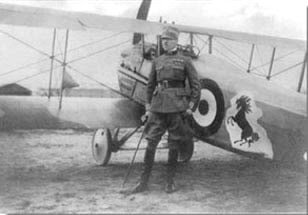 Italian veteran Enzo Ferrari liked to tell the story of how the prancing pony became his emblem. The black horse had been painted on the fuselage of the SPAD fighter flown by Francesco Baracca, Italian ace of aces, killed over the Montello in 1918. After winning a race in Ravenna in 1923 Baracca's father and mother congratulated him. The aviator's mother said, "Ferrari, why don't you put my son's prancing horse on your cars? It will bring you luck." He did, and it did. 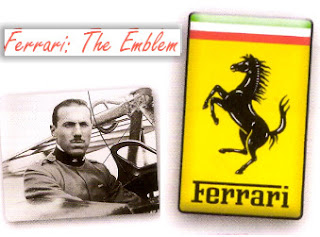 Incidentally, Porsche has a similar emblem, but it's not connected to the Great War.  Stuttgart, the company's home base was founded in the 13th century as a horse farm. The company wanted to highlight its connection to the city.