Key Sites in the Later Battle of the Somme

The battle of the Somme kept rolling on — at times apparently mindlessly — after the huge losses of 1 July 1916.  Here are some of the key sites during the middle and late stages of the 141-day battle.

Once again our contributing editor, Kimball Worcester, is going to help with the pronunciations. Her system is a non-academic approach to phonetic transcription aimed at giving reasonably accurate, clear, and simple direction for English speakers who want to have some insight into pronouncing these words and names. The bolded and blue syllable is the one to stress, as in bolded. 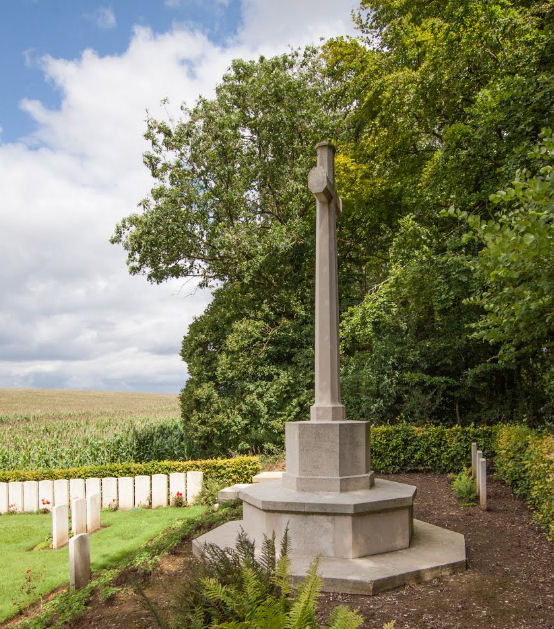 Bazentin [Bah-zon-ta] Wood was captured on 14 July in one of the best executed operations of the Somme campaign. In the subsequent fighting, Lt. Robert Graves, future author, was wounded near this site, the communal cemetery and CWGC extension, and reported killed. 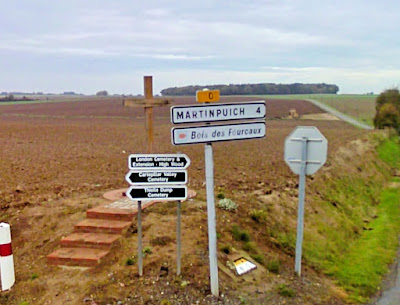 Longueval [Long-val] was at the center of the battle of the woods fought for over three months.  Here is one of the most famous views of the Somme battlefield, High Wood, from the 12th Gloucester (Bristol's Own) Cross 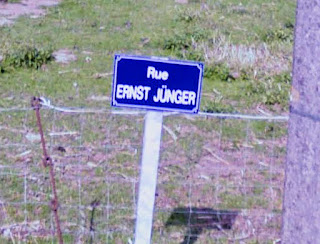 Guillemont [ Geel-mon] was an important point in the German defenses at the beginning of the Battle of the Somme in July 1916. It was taken and lost by British forces several times until it was finally secured on 3 September. One of the villages streets in named after German soldier/author Ernst Jünger, who later wrote of the fighting in the area. 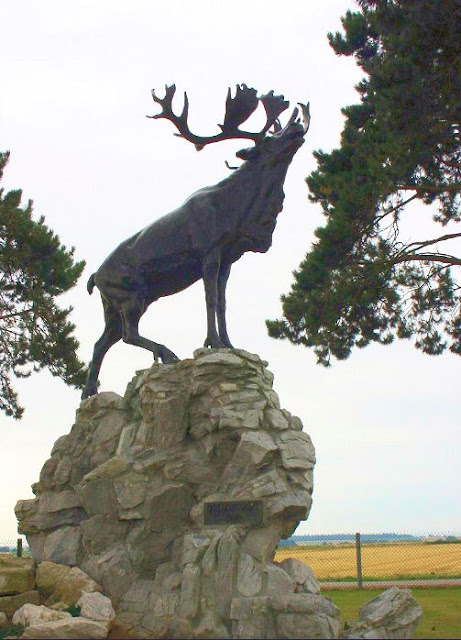 Gueudecourt [Ger-de-coor] marks the furthest point of advance from the 1 July starting line of all British units during the Battle of the Somme. The Royal Newfoundland Regiment played a decisive role in capturing the site and is honored with a Caribou Memorial similar to that at Beaumont Hamel. 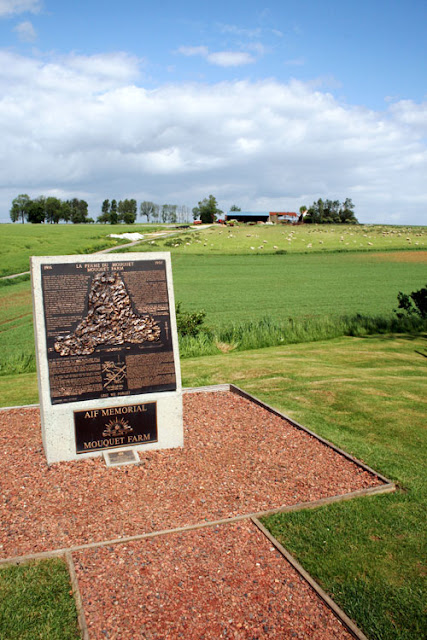 Mouquet [Moo-keh] Farm: Australian, British, and Canadian forces suffered over 20,000 casualties in a two-month effort to capture this farm that was highly fortified (and in a slightly different location) on the edge of Thiepval Ridge. 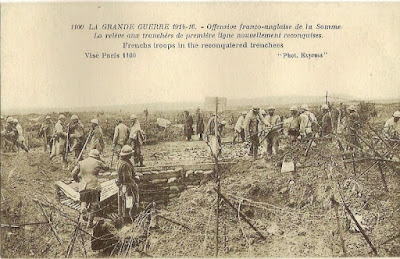 Sailly-Saillisel
, [Say-ee–Say-ee-sel]standing at the north end of a ridge, was the objective of French attacks in September and October 1916 and was captured on 18 October.  There is little to see today in the rebuilt village. 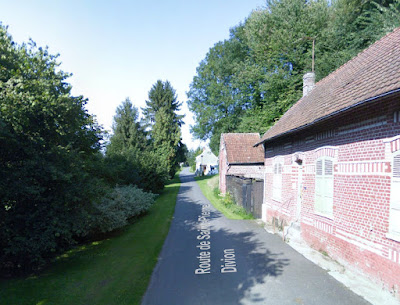 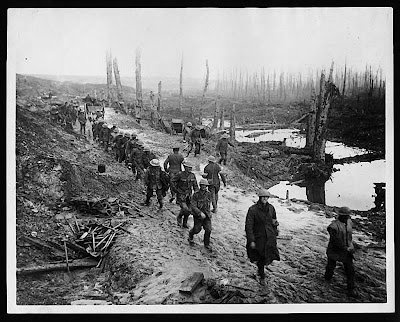 Now a single row of houses along the Ancre [On-cr] River, St. Pierre Divion [Sa Pyair Dee-vee-on] was a machine gun outpost that extracted a great toll from the Ulster Division on 1 July. Shown in the "then" photos are troops walking through the former village in the mud sometimes after its capture on 13 November.