A Most Photogenic War Memorial: The Sacrario Militare di Pocol

Opened by Italy's fascist government in 1935, the Sacrario Militare di Pocol is an essential orientation point to learn about the mountain warfare on the Great War's Italian Front. There are 9,770 fallen interred at the Sacario including 4,455 unknown Italian soldiers and 87 from the Austro-Hungarian forces. Four Italian heroes have special tombs.


It is also one of the most photogenic war memorials in the world. Its views of the resort town of Cortina in the valley below from 5,000 feet and the mighty Tofane Group to the north, where mountaintop  warfare was waged until the front moved far south after the Battle of Caporetto, are stunning. Also, it is a masterful work of architecture. The tower design is simple, almost plain, on the outside — there is simply nothing humans could create to compete visually with the surrounding Dolomite Alps. But  the architects were given free rein with the tremendous vertical space on the inside.  The central indoor feature is a dramatic spiral staircase to the observation deck near to the top of the 48-meter memorial.  The finishes are in fine taste, with few of the Fascistic-monumentalist touches.

Two of the artistic enhancements of the memorial show up frequently in histories of the Italian Front. The chapel contains a renowned fresco of a fallen soldier in the snow that's not a realistic representation of mountain soldiers but powerfully moving, nonetheless. At the memorial's entrance is a sculpture of a more authentic-looking dagger-armed elite Alpini soldier that's quite striking. 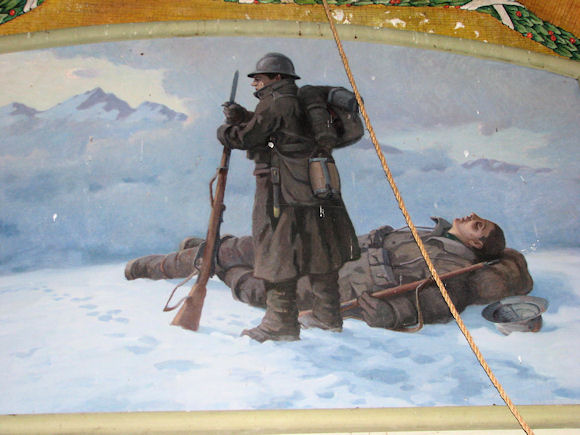 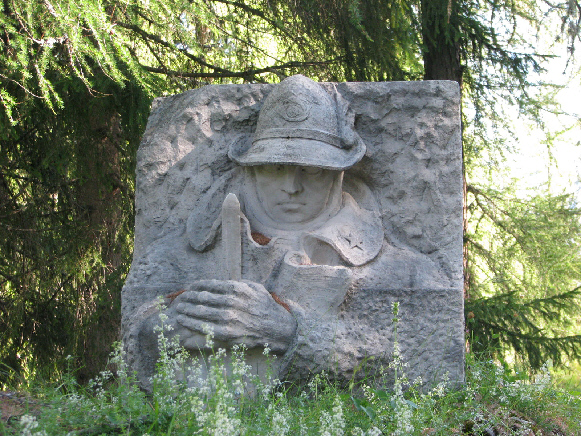