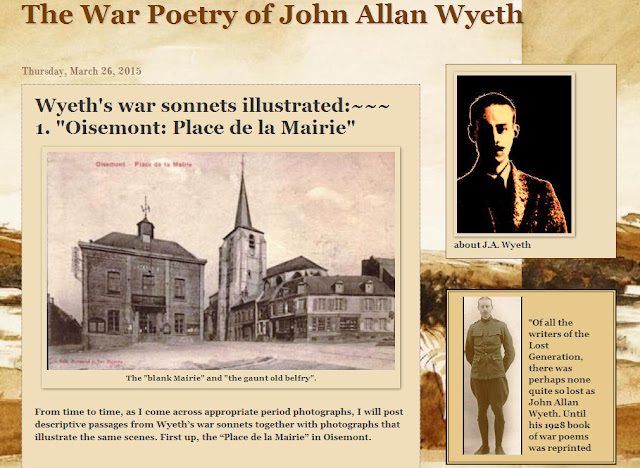 Last month, in a posting about war poems that have stuck with me over the years, I included a sonnet titled "Harbonnières to Bayonvillers: Picnic" by the forgotten John Allan Wyeth of the 33rd Division AEF. It is included in a collection of Wyeth's work,  This Man’s Army: A War in Fifty-Odd Sonnets. A longtime friend and correspondent, Bradley (B.J.) Omanson, who contributed the annotations for This Man's Army, contacted me afterward to alert me to his blog on Wyeth. Naturally, I took a look and discovered that B.J. is doing some amazing things at his site.

He posts articles that make the case that Wyeth was the best American poet of WWI, that show how respected he was among literary insiders like F. Scott Fitzgerald and Edmund Wilson, and that "document," visually and with telling details, the accuracy of the descriptions  presented in the 52 sonnets.

Shown here are  parts of B.J.'s commentary on the tenth sonnet in the cycle, "Oisemont: Place de la Maire." 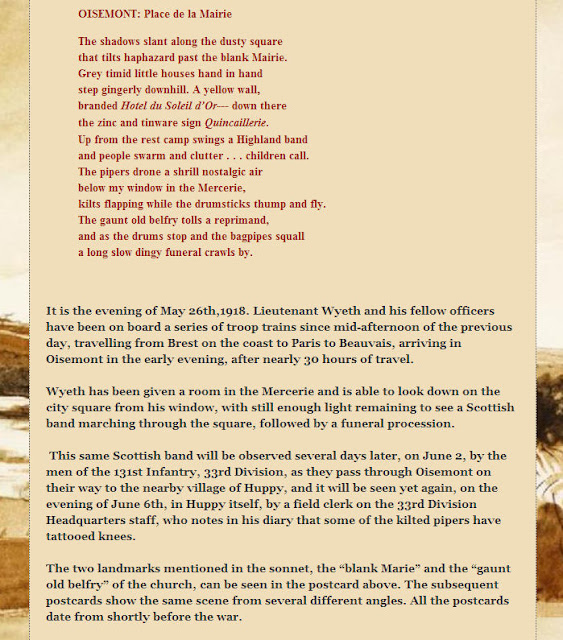 Visit the War Poetry of John Allan Wyeth at: