Thanks to the Russian Revolution for Chicken Kiev 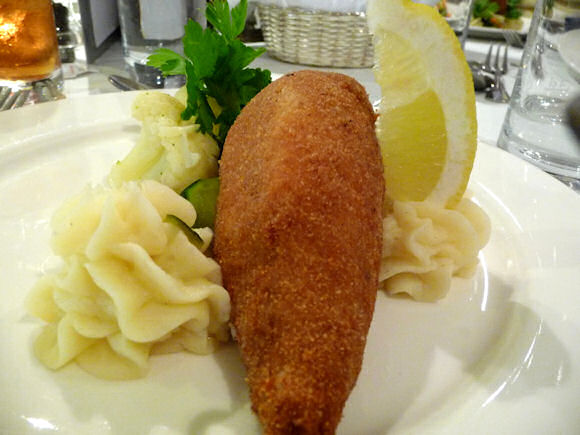 Just try to imagine an America without that wonderful delicacy shown above, Chicken Kiev. Alas, such a deprived nation once existed. The matter was corrected by White Russian émigré Col. Wladimir W. Yaschenko (1890–1978), formerly of the tsar's cavalry and owner of the Yar Restaurant in Chicago in the 1930s. The Yar was very popular among the show business folk like the Barrymore clan, who helped spread word through the vaudeville circuit about the "simply fabulous" stuffed chicken the colonel served.

On the Yar's 1948 menu below, the dish is listed as Breast of Chicken a la Kiev, and it costs diners the same price as lobster. 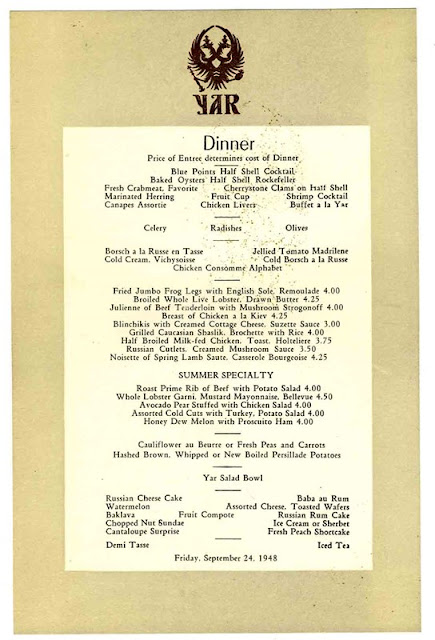