A Dozen More Quotes from the Great War 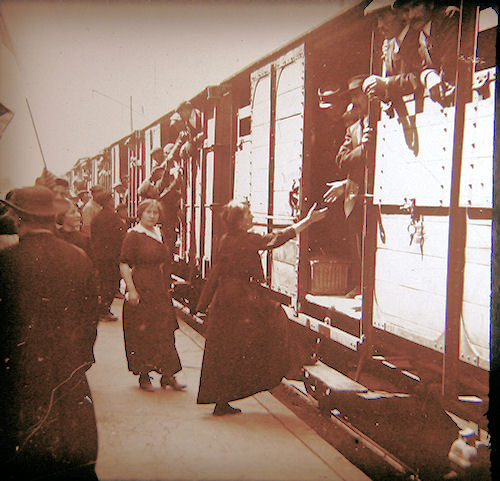 The earlier version of "A Dozen Quotes" got a lot of response from our readers, so I thought I'd share 12 more. These all appeared in our other Worldwar1.com publications in the past.

1.  War had been declared, and the following Sunday I went with a friend of mine to Shepherd's Bush Empire to see the film show. At the end they showed the Fleet sailing the high seas and played "Britons Never Shall Be Slaves" and "Hearts of Oak". And you know one feels that little shiver run up the back and you know you have got to do something. I had just turned seventeen at that time and on the Monday I went up to Whitehall—Old Scotland Yard—and enlisted in the 16th Lancers.
Pvt. William Dove, 16th Lancers

2.  I don't know what is to be done. This isn't war.
Horatio Kitchener
Quoted in J.F.C. Fuller's, The Conduct of War

3. I am obliged to report that, at the present moment, the Russian Empire is run by lunatics.
Ambassador Paleologue, 14 January 14 1917 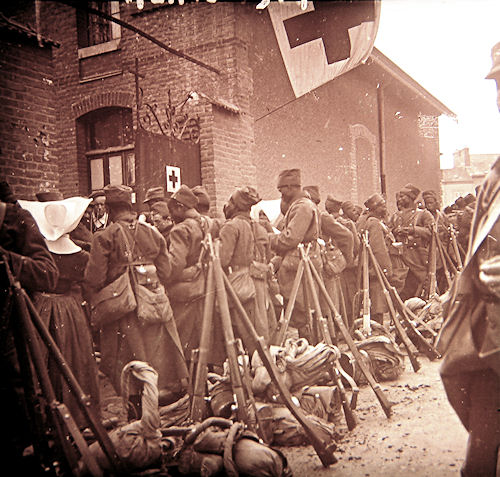 4.  Like the planet Neptune, the discovery of the dreadnought was inevitable, but luckily we saw her in the heavens before the other chaps and got our unparalleled lead! Thank God!
Admiral Jacky Fisher, 1910

5.  The Christmas truce was the last twitch of the 19th century. By that, I mean it was the last public moment in which it was assumed that people were nice, and that the Dickens view of the world was a credible view...A wonderful ironic moment. And, they were exchanging cigarettes and addresses and exchanging insignias, treating each other like friends. It was a high emotional moment I would say. It's the last gesture of the 19th-century idea that human beings are getting better the longer the human race goes on. Nobody could believe that after the First World War, and certainly not after the Second.
Paul Fussell 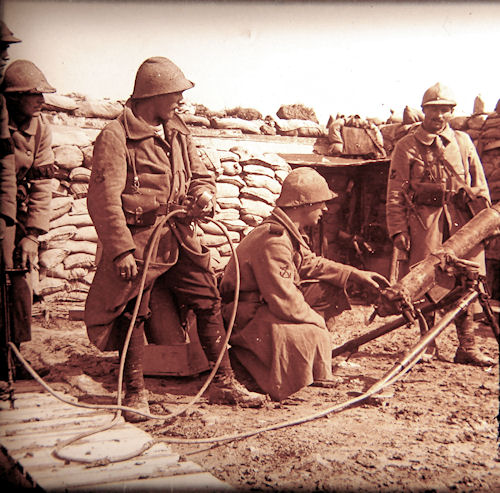 7. The vast field of shell-holes had been turned into a sea of mud by the heavy rain…Its depths were particularly dangerous in the low-lying ground of the Paddebeek. On my zigzag course I passed many a lonely and forgotten corpse. Often only a head or a hand projected from the shell-hole whose circle of dirty water reflected them. Thousands sleep like that, without one token of
love to mark the unknown grave.
Lt. Ernst Jünger, 73rd Hanoverian Fusiliers
Describing Passchendaele

8. Tread softly here—Go reverently and slow,—Yea, let your soul go down upon its knees,—And with bowed head and heart abased—Strive hard to grasp the future gain in this sore loss.  For not one foot of this dank sod—But drank its surfeit of the blood of gallant men—Who for their Faith, their Hope, for Life and Liberty—Here made the sacrifice. Here gave their lives, and right willingly for you and me.
Inscription
Newfoundland Park, Somme Battlefield

9. A mixture of contradictories which never were—perhaps could never have been—harmonised.
John Buchan on T.E. Lawrence 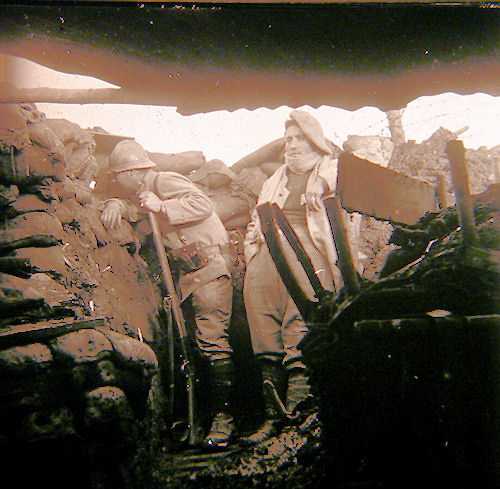 10, When I took a decision or adopted an alternative, it was after studying every relevant—and many irrelevant—factor. Geography, tribal structure, religion, social customs, language, appetites, standards—all were at my finger-ends. The enemy I knew almost like my own side.
T.E. Lawrence
Intelligence Preparation of the Battlefield

11. Our nerves are ruined by mistreatment. If anyone should say that he was not haunted by visions of burning airships, then he would be a braggart. But nobody makes this assertion; everyone has the courage to confess his dreams and thoughts.
Pitt Klein, Crew Member German Navy Airship L31

12. Our story takes you down this shadowed path to a remote and guarded building in the English Midlands, Melbridge County Asylum. Grimly proud of its new military wing, which barely suffices in this autumn of 1918 to house the shattered minds of the war that was to end war.
Opening Line, Random Harvest

Thanks to our pal in France, Olivier Pierrard, for the images.