As the Centennial commemorations start paralleling the final two years of the Great War, let us remember the one man who—for better or worse—made certain that the war did not end in 1914. 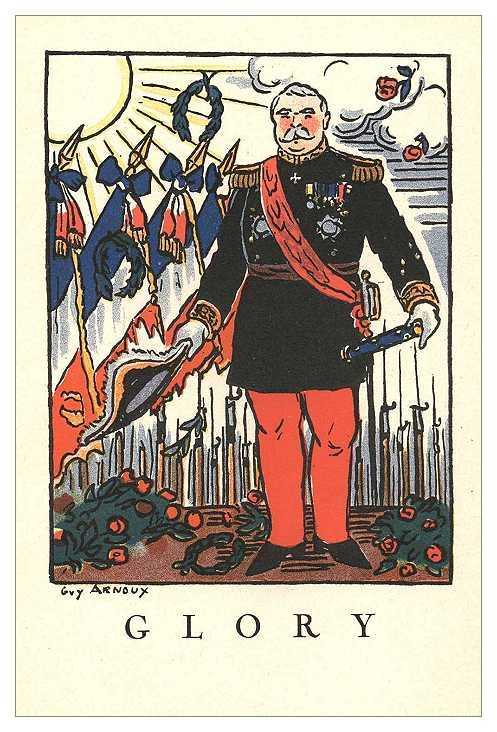 The French Army enthusiastically marched to war in 1914 with the wrong plan, the wrong tactics, even the wrong trousers, the dashing "Rouge Pantaloons" which simply made their infantrymen easy targets for enemy machine gunners. Within a month, desperation had replaced optimism. Four of France's five field armies and their British ally's expeditionary force were in full retreat. The Republic suffered over 300,000 casualties, abandoned its original war plan, and its government had fled Paris. A repeat of the Debacle of 1870 seemed to be unfolding. But then for a few days the character of one portly, inarticulate, unimaginative career soldier rose up to dominate history.

Throughout the dismaying month of August 1914, the unlikely savior of France, Commander-in-Chief Joseph Joffre, remained imperturbable and confident, ignoring his defeats, patiently waiting for the Germans to overextend themselves and provide a favorable opening. In early September, when he saw the First German Army veer to the east of Paris, exposing its flank to him, he pounced. What resulted from this one man's patience and timely resolve was the Battle of the Marne, one of the decisive battles of world history and the turning point of World War I.

Joffre had joined the army as an 18-year-old during the Franco-Prussian War. An expert in fortifications, artillery, and—most important for 1914—railroads, he prospered in the colonial army, where his lack of pedigree and formal schooling seemed unimportant. His tours of duty included Indo-China, Sudan, Timbuktu and Madagascar, where he would gain an important mentor and career advocate in Joseph Galliéni. His absence from France fortuitously kept him from any involvement in the politically charged Dreyfus Affair. Success abroad led to his appointment as director of engineering for the French Army in 1905, later—with Galliéni's support—election to the Supreme War Council and, in 1911, promotion to chief of staff. 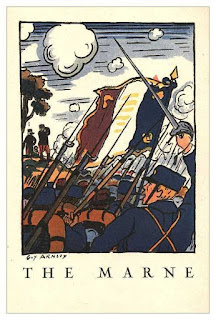 As chief of staff, General Joffre had responsibility for war planning and was the designated commander-in-chief in case of war. His views communicated through a few trusted subordinates—guided France's war preparations. Officers in tune with the spirit of the offensive (offensive à outrance), the principal governing French prewar doctrine, were encouraged and defensive-minded officers purged from influential positions under his regime. In 1913 the fruit of Joffre's planning effort, Plan XVII, was approved. In Joffre's words, after deployment of five French armies:

"Whatever the circumstances, it is the Commander-in-Chief's intention to advance with all forces united to the attack of the German armies. The action of the French armies will be developed in two major operations: one, on the right, in the country between the wooded district of the Vosges and the Moselle below Toul, the other, on the left, north of the line Verdun-Metz."

In August 1914, being a man of his word, Joffre attacked as promised in both of these sectors with disastrous results. Meanwhile, the German Army was implementing the great wheeling movement around Paris conceived by Alfred von Schlieffen. It seemed as Joffre's planning had played directly into the German scheme. By advancing in eastern France, the French Army had opened itself to being rolled up from the west. More failures heightened the danger. Belgian fortresses were crushed. The British Expeditionary Force barely escaped entrapment at Mons. The French anchor on the left flank, General Lanrezac's 5th Army, was sent reeling from the River Sambre.

With the situation crumbling, General Joffre's personality came to the forefront. He calmly called for a retreat to regroup, build some new armies, and await a chance to counterattack. On 25 August he issued General Instruction Number 2, which outlined the strategy which would guide his forces at the Marne. He was ready to strike when the enemy gave him an opening, which eventually came in early September. His stand on the Marne, brought the shortcomings of Germany's Schlieffen Plan clear to Moltke and his staff. The great enemy advance was halted and sent into retreat.

Joffre's service after the Marne was anticlimactic for him and devastating for France. 1915 was to prove the bloodiest year of the war due to his ill-conceived offensives in Artois and the Champagne. In 1916 he would earn further criticism for failing to prepare defenses in the Verdun sector despite warnings of an impending German attack. He was relieved as commander-in chief in December 1916 and named a Marshal of France. Although he subsequently did notable service as head of the military mission to the United States, his singular achievement in the Great War is considered to be his shaping of what came to be known as the Miracle of the Marne.